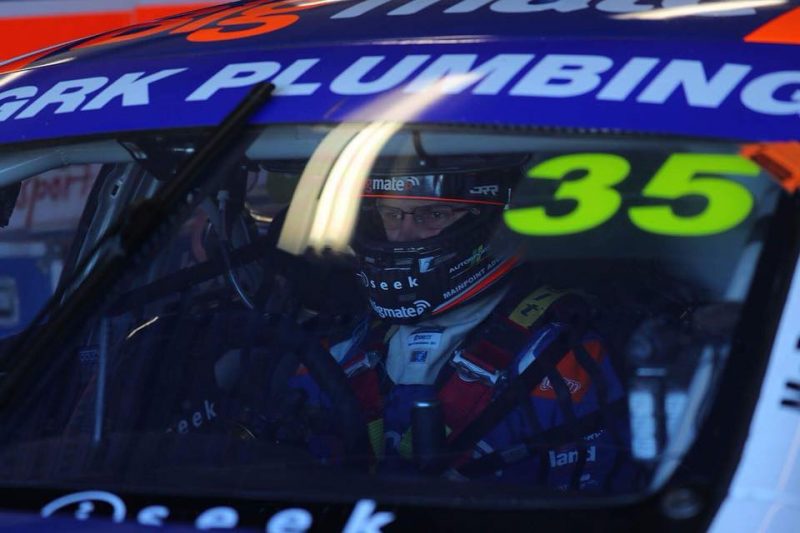 Todd Hazelwood admitted he almost crashed while trying to overcome ‘unbearable’ pain from a shoulder injury and the effects of a coolsuit failure to finish Race 18 at Townsville.

The Supercars rookie produced a herculean effort to bring the Matt Stone Racing Falcon to the finish after admitting he drove most of the race with one arm.

While still sore from the injury, he was thrown another curveball when his coolsuit failed on the grid.

Determined to finish the race, Hazelwood wasn’t going to let the dramas stop him from claiming championship points.

The 22-year-old, who ran as high as 15th before finishing in 23rd spot, admitted it was one of the toughest driving experiences he has ever faced.

“The main thing was that my shoulder basically gave way after my first stint,” Hazelwood told Speedcafe.com.

“I was hanging in there at the first stint and I thought if I could try and give it some relief during the pit stop and tried to loosen the belts and tried to roll it out a little bit.

“But the pain just kept getting worse and worse and it got to the point where I just couldn’t use my right arm.

“I couldn’t get full rotation, so it was pretty average on that behalf, so I was trying to press on and trying to keep on the lead lap as best as we could.

“We also had our coolsuit fail on the grid, so we elected to take my coolshirt off and we ran without a coolsuit.

“I could feel the pain creeping in more and more as the race went on it just got to a point where it was just unbearable and I just had to try and bring it home.

“There were a couple times where I actually nearly crashed and hit the wall just because I was doing the wrong things to try and gear change all at the same time.

“It was quite scrappy. I didn’t want to let the team down, I wanted to try and get as many points as we could even though the circumstances we were in.

“I ended up taking my helmet air off because the air coming in was just full of fumes and was making me feel a bit dizzy.

“Taking that driver’s window out was a blessing in disguise and was able to get some fresh air in and certainly made life a bit easier.”

Last year’s Dunlop Super2 Series winner said that the constant dialogue with his engineer Wes McDougall helped him forget the pain and reach the finish.

“Wes, my engineer, we’ve got a pretty good working relationship and I just kept saying to him, ‘Mate just keep talking to me, keep pushing me as much as you can’,” he said.

“It took my mind off the pain and kept me focus on what I had to do.”

Hazelwood praised medical teams and 23Red Racing’s physio for assisting him throughout the weekend.

“I took all the recommended medications from the medical team here,” he said.

“They’ve been great, they’ve looked after me for two days now and you’ve got the physio at 23Red Racing, I can’t thank him enough because he gave me some mobility.”

He plans to undergo scans on his shoulder before receiving treatment to help heal the injury before the Coates Hire Ipswich SuperSprint (July 20-22).

“I’ve been recommended to get scans and get some therapy on my arm, so that’ll definitely be a must between now and QR, which obviously isn’t far away so get onto that ASAP and we’ll be right,” he added.