Whincup ‘not worrying’ about title bid

Whincup ‘not worrying’ about title bid 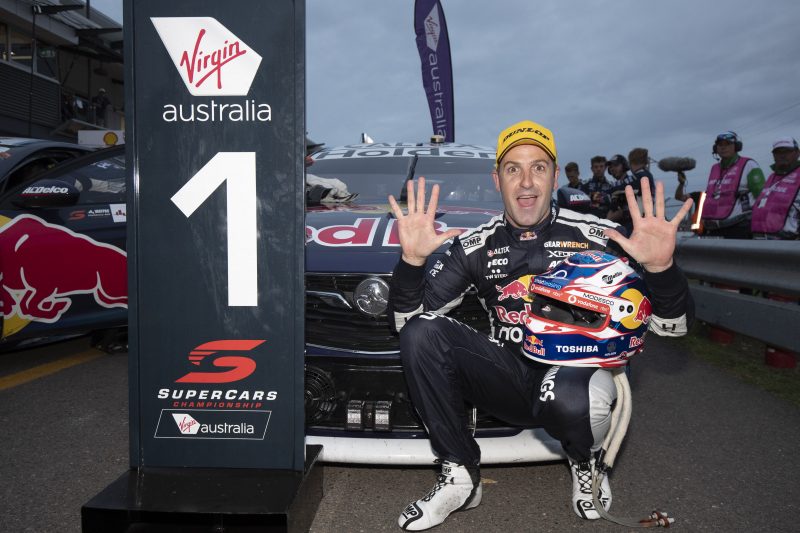 Jamie Whincup is refusing to think about his championship hopes despite scoring a timely victory to reignite his campaign on the streets of Townsville.

The reigning champion arrived in North Queensland 433 points adrift of leader Scott McLaughlin but snipped 21 points out that margin when the New Zealander finished third.

Prior to the commencement of hostilities this weekend, television commentator and a five-time champion himself, Mark Skaife, cast doubt on Whincup’s chances of holding onto his crown.

Whincup stated at the time that his focus was on individual race wins, despite acknowledging how crucial an improved performance would be if he is to remain a chance of an eighth title in 2018.

It was a stance that the 35-year-old maintained after he and Triple Eight Race Engineering dominated Race 17 of the Virgin Australia Supercars Championship.

“I’m just hanging in there, but I don’t know what to say,” explained Whincup.

“I’m just going out there, enjoying my racing; it was a fantastic day.

“I feel like we put in a good performance and that’s what this part of the year is all about; going out there and having some fun, not over-analysing it and not worrying about something that is six months away.

“You’ve just got to try and enjoy this racing as it comes.”

Whincup has come from behind to win the championship on multiple occasions, including last year’s tight title race.

In 2014, however, he pulled off a turnaround of over 500 points in coming from as far as 213 points back to unofficially clinch the title with an event to spare.

The most prolific race winner in Australian Touring Car Championship/Supercars history, whose haul has now reached 111 victories, had been on a relatively barren run.

Whincup’s third placing in the preceding race of the season in Darwin was his only podium in the eight races spanning Phillip Island to Hidden Valley.

In victory lane, he quipped that he “had to remind ourselves we can still do the job.”

The win moves Whincup to fourth in the championship, overtaking team-mate Craig Lowndes, who finished fourth on the day.