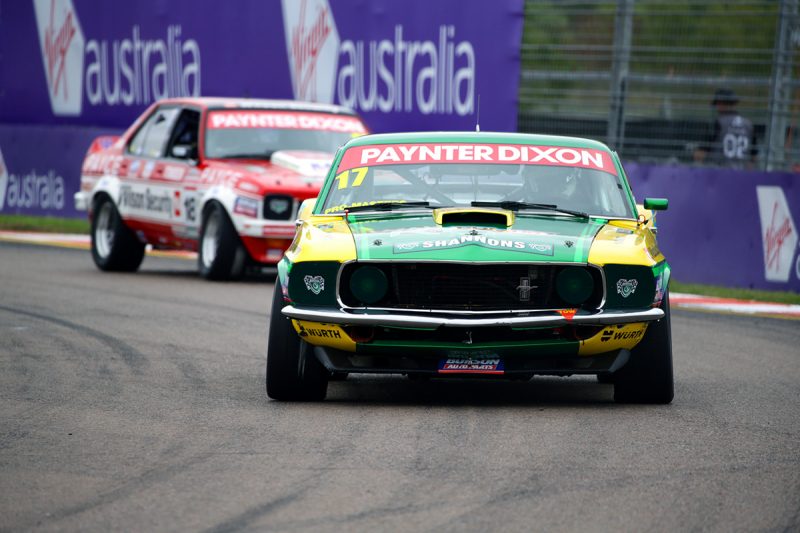 Steven Johnson has extended his points lead at the top of the Paynter Dixon Touring Car Master Series standings after taking out Race 1 at the Watpac Townsville 400.

The Ford Mustang driver was chased home by John Bowe (Holden Torana) who reeled Johnson in during the closing stages only to fall a second short at the line.

Ryan Hansford (Holden Torana) was on a charge in the early stages of the 12 lap race, but struck trouble on Lap 2 with gearbox issues, before being turned around at the final corner by Jim Policina (Holden Torana).

A drive-through penalty was handed down to Policina who ended up finishing 11th, with Hansford not making it to the chequered flag.

On the penultimate lap, the fourth placed car of Andrew Fisher (Ford Falcon) suffered a front right puncture and was ultimately forced into retirement.

Touring Car Masters will hit the track again on Sunday for their final two races of the weekend at 0945 and 1245 AEST. 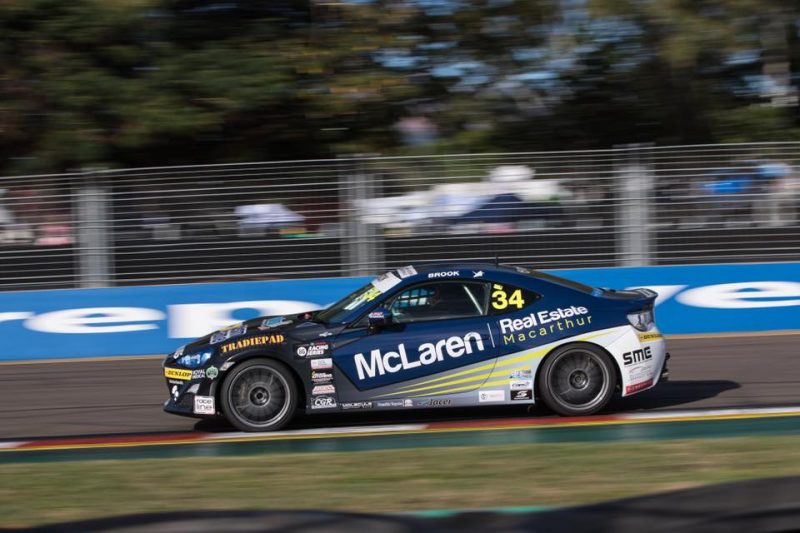 Tim Brook proved unbeatable in the opening race of the weekend in the Toyota 86 Racing Series.

Brook, who had earned pole position earlier in the day, led from start to finish to cross the line almost two seconds ahead of his nearest challenger.

Luke King held onto second place ahead of Cameron Crick in third.

Completing the top five were Jake Klein and James Wilkins, with the race ultimately shortened by a lap from 12 to 11.

Drama struck series leader Liam McAdam on Lap 5 when he slowed on the approach to Turn 2 before pulling up in the run off area with what was reported as a clutch issue.

Warren Luff, who is one of the invited drivers for the weekend, was unable to start the race due to an engine problem which he suffered during qualifying.

However, the team expects to get the car back out on track for Sunday’s two races.

Fellow invited driver Steve Owen finished up ninth after being shuffled back in the closing stages by Ben Grice and Dylan Thomas.

Brook has now taken over the Toyota 86 points lead.

The Toyota 86 Racing Series will return to the circuit on Sunday for its final two affairs at 0910 and 1215 AEST.