Lowndes fighting hard to bow out with fourth title

Lowndes fighting hard to bow out with fourth title 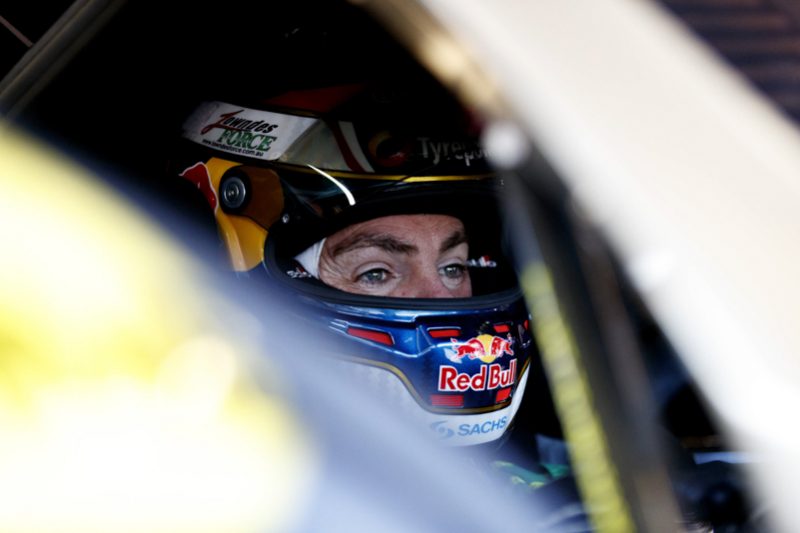 Craig Lowndes says he will be fighting hard to secure a so far elusive fourth Supercars title to ensure he ends his full-time career on a high.

The Triple Eight driver surprised the paddock by announcing plans to end his full-time career following the conclusion of the season, despite holding a contract until the end of next year.

Lowndes has secured three series titles during his distinguished touring car career having taken the crown in 1996 before following up in 1998 and 1999 after a season away in Europe.

The 44-year-old has come close to ending his title drought on several occasions having finished as the runner-up six times. He was narrowly beaten to the 2006 title by Rick Kelly and then again by his team-mate Jamie Whincup in 2011.

This year has seen Lowndes emerge in the title fight for what will be his last chance.

While facing a 413 point deficit to leader Scott McLaughlin (Shell V-Power Racing), Lowndes, lying fourth, is determined to fight for another championship.

“It’s a bit premature (to give up on a fourth title); we’ve still got six months to go, we’re going to be fighting hard until the end of this year,” said Lowndes.

“But look, I’ve had a stellar career and I’ve been second numerous times to Jamie (Whincup), which has been a thorn in my side but he’s been a fantastic team-mate.

“I think that for me, there are probably all sorts of reasons why that fourth championship never came.

“We’ve been in positions where we had an opportunity maybe to win that fourth championship, but again, I’m not disappointed with what we’ve achieved.

“And we’ve got six months to go, we’re sitting fourth in the championship, we’re going to push really hard this weekend and beyond and see where we end up.”

The announcement throws even more significance on this year’s Supercheap Auto Bathurst 1000 with the event his last as a full-timer.

Lowndes says there will be an even bigger focus on trying to secure his seventh Great Race triumph when he is partnered by Steven Richards at Mount Panorama.

“For me, Bathurst has always been the highlight of the year, I’ve always been open about that,” he added.

“So there’s no doubt that when we get to Bathurst this year, Richo and I – and I’ve spoken to Richo – we’re going to give it our all to make that, for me, number seven and another one for the team.”

Lowndes has qualified fifth for this afternoon’s Race 17 at the Watpac Townsville 400.