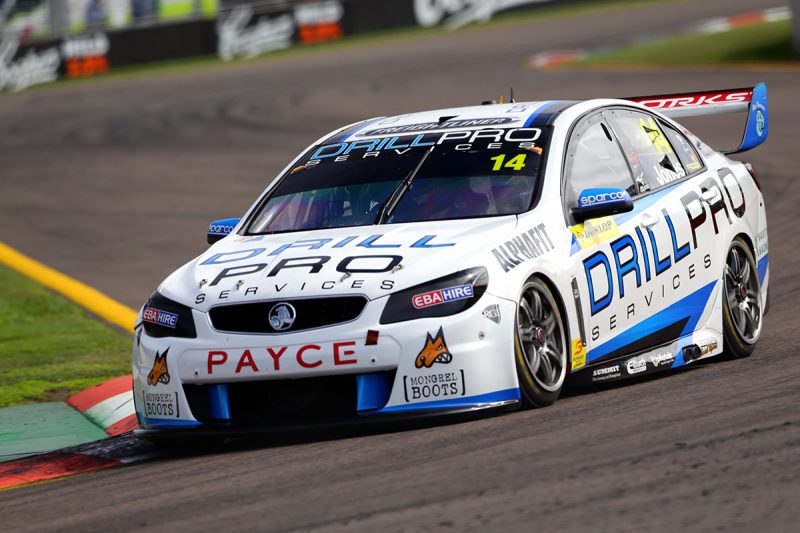 Macauley Jones is now an Armor All Pole-sitter in Super2 having finished a quarter of a second clear of the field in qualifying for Race 1 in Townsville.

He will start the first 21-lap race of the weekend alongside last start pole-sitter Thomas Randle, while former series winners Garry Jacobson and Paul Dumbrell qualified on Row 2.

Jones sat second after the first runs but was bundled back as far as 12th as the field rolled out on new tyres for the conclusion of the quarter-hour session.

He responded by driving the #14 Brad Jones Racing VF Commodore to a 1:13.8324s with two minutes remaining.

The 23-year-old was fastest to the first and second sectors next time around and although he ultimately didn’t improve, it mattered not.

“It’s been a big goal for me this year to try and get a pole position; it’s something we’ve struggled with in the past,” said Jones, who had not qualified on the front row before.

“So to come here, one of my favourite tracks, I’m really excited about that. I’m pumped.”

Randle had been fastest prior to Jones’ rise but earns a third straight front row start in the #5 Tickford Racing FGX Falcon.

Kurt Kostecki was top at the halfway mark but didn’t improve in his second run and ended up 10th in the #55 Kostecki Brothers Racing VF Commodore.

Barbagallo race and round winner Dean Fiore (#23 MW Motorsport Nissan Altima) was 13th and will file up next to Will Brown (#38 Eggleston Motorsport VF Commodore).