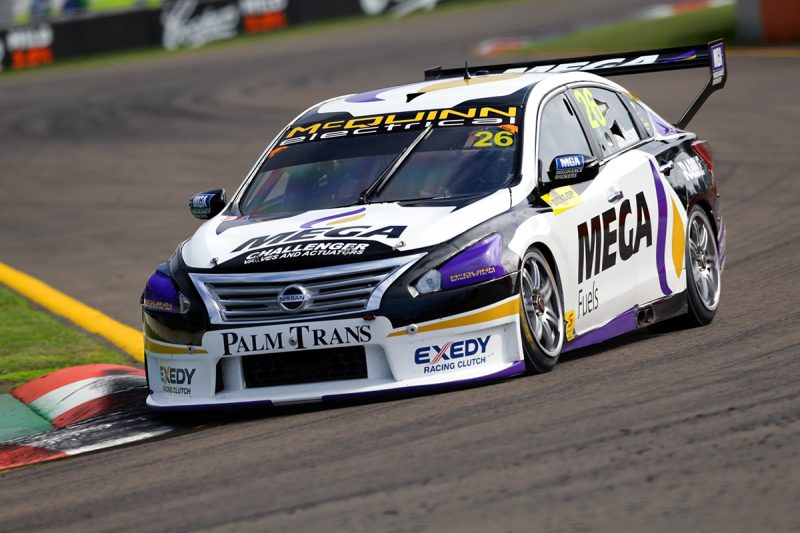 Garry Jacobson was there to pick up the pieces when a likely win for Macauley Jones went begging due to a suspension failure in Super2 Race 1 in Townsville.

Dumbrell drove a lonely race to second position at the chequered flag and Alex Rullo rounded out the minors.

Jones had secured a career first Armor All Pole Position earlier in the day and showed a clean pair of heels when the lights went out.

Jacobson got by the other front-row starter, Thomas Randle, as the field ran to the second corner and made room for Dumbrell to follow him past.

Jones steadily pulled away and was poised for a first points-paying win in Super2, having broken through in the Bathurst 250 last year.

He was around one second to the good when the #14 Brad Jones Racing VF Commodore dropped onto its right-rear corner with a damper-related failure on Lap 9 of 21.

The 23-year-old shortcut the Turn 7/Turn 8 complex, unable to turn, before retreating to pit lane.

Jacobson, by that time, was already over two seconds ahead of Dumbrell and approximately maintained that advantage over the course of the race.

The win was the second for the #26 MW Motorsport Nissan Altima pilot this season and his first in Townsville.

Rullo passed Thomas Randle on Lap 11 and put five seconds between the two over the remaining 10 laps to take a second Super2 race podium in the #62 MW Motorsport Nissan Altima.

Jones was sent back on track after BJR effected a fix to Car #14 but did not complete enough laps to be classified a finisher.

“It was really disappointing,” said the second-generation racer during the race.

“I think the car was really good, it was holding onto its tyres really well so far and it’s really disappointing for the guys.

“We had really good pace so it’s a very unfortunate way to end today.”

The Super2 field will be back on track for Armor All Qualifying for Race 2 tomorrow at the Watpac Townsville 400 from 1100 local time/AEST.