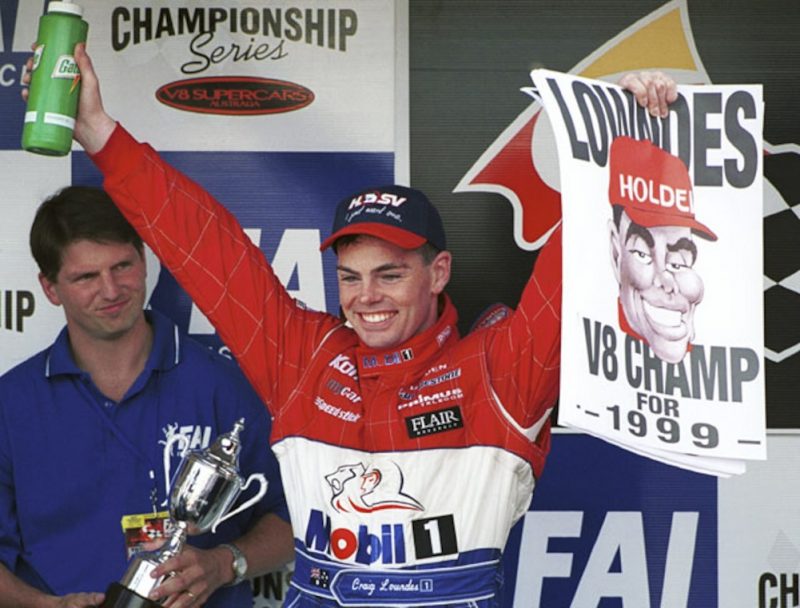 Holden has expressed its gratitude for the contribution which Craig Lowndes has made to the marque and Supercars.

Lowndes took three of his six Bathurst 1000 crowns, 81 of his 106 championship race wins, and all three of his titles in Holdens.

His career began as an enduro driver at the Holden Racing Team in 1994, and in 1996 achieved the trifecta of the Bathurst 1000, championship, and Sandown 500.

An unsuccessful foray to Europe was followed by two more titles on his return, in 1998 and 1999, before Lowndes was prized away to Ford in 2001.

He returned to the Holden fold when Triple Eight switched makes in 2010, leading the team to a Bathurst one-two at their first attempt with Commodores.

In 2015, he lofted the Peter Brock Trophy yet again and with that surpassed his mentor’s (as well as Jim Richards’ and Larry Perkins’) Bathurst 1000 podium record with a 13th visit to the Mount Panorama dais.

Eight of those 13 podiums have come with Holden, whose Chairman Mark Bernhard paid tribute on behalf of the marque.

On behalf of the entire team at Holden, we would like to congratulate Craig Lowndes on a tremendous career in Supercars and Australia Touring Car Championship history.

You made your full-time debut in 1996 with the Holden Racing Team, and became one of Australian sport’s most-loved champions.

The performances you have put in, both on and off the racetrack, have been truly inspirational and we’ll be forever grateful that the vast majority of these achievements were accomplished as a Holden driver.

You are the ultimate fan favourite, not only in motorsport but the Australian sporting world as a whole. This shines through your desire to ensure every fan gets their photo or grabs an autograph and as always, with a smile on your face. A mark of a true and gracious champion.

We look forward to continuing our relationship with you in 2019 when you jump behind the wheel of the all-new Commodore Supercar as a co-driver for the Triple 8 family.

Holden wishes you all the best successes in your future endeavours and we look forward to seeing plenty more of Craig Lowndes on the TV in your new role with the Supercars broadcast team.

Today is a day to reflect on the legacy of Craig Lowndes and the amazing contributions you have made to the greatest series on the planet.