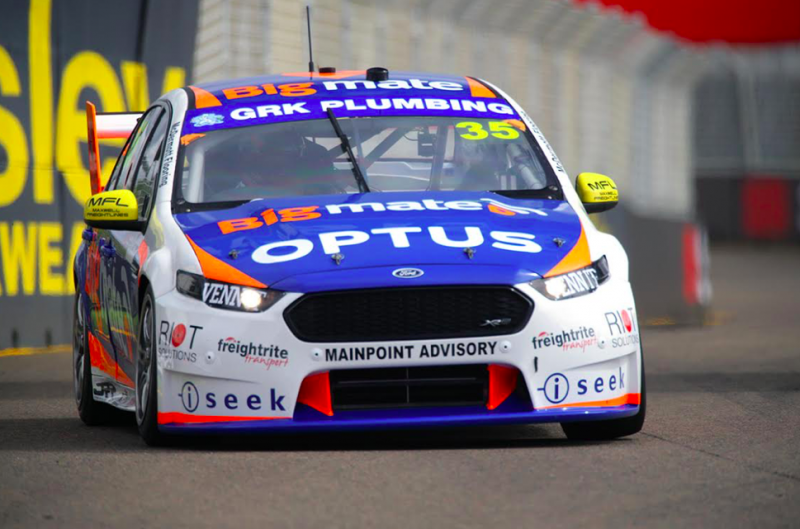 Todd Hazelwood was forced to battle through pain after suffering a dislocated shoulder following an unseen incident with Simona De Silvestro during Race 17 at Townsville.

The Bigmate Racing driver was involved in a clash with the Nissan driver at Turn 3 around the halfway mark that resulted in the steering wheel being ripped from Hazelwood’s hands causing his right shoulder to pop out of its joint.

Hazelwood dropped down the order following the incident having occupied 20th spot when the contact occurred.

The Supercars rookie was able to fight the pain through the 70 lap duration and was attended to by the medical team immediately after the chequered flag.

De Silvestro finished in 25th spot after being hit with a drive-through penalty for a pit lane infringement after the first round of pit stops.

“I was just following Scott Pye through Turn 2, he was passing Simona and I was side-by-side going through the kink and then going into Turn 3 she just swerved right, and the back of my front left wheel hit the front of her back wheel,” Hazelwood told Speedcafe.com.

“The collection ripped the steering wheel out of my hand and when it did that it popped my shoulder out. It wasn’t a nice feeling at the time.

“I went from being 20th to 26th again and I spent half the lap trying to pop my shoulder back in.

“I had to loosen the belt and roll the shoulder a few times but it was pretty sore after that.

“We pressed on and tried to block out the pain. We actually had quite a good car even though the steering was quite bent. It is frustrating but the team did a good job.

“As I slowed down for the Safety Car it started to really hurt so fortunately we have a good medical crew here and they looked after me straight away. They were on to it before I got out of the car.”

Speedcafe.com understands the incident is being investigated by the stewards.

“It is about time something gets done about it.”

Hazelwood has been instructed to ice the shoulder this evening to ease the soreness but expects to be fit to race tomorrow.

“I will be fine for tomorrow I have just got to ice it as best as I can and avoid the soreness,” he said.

“It is about time something gets done about it.”

Speedcafe.com sought comment from De Silvestro’s team and is awaiting a response.