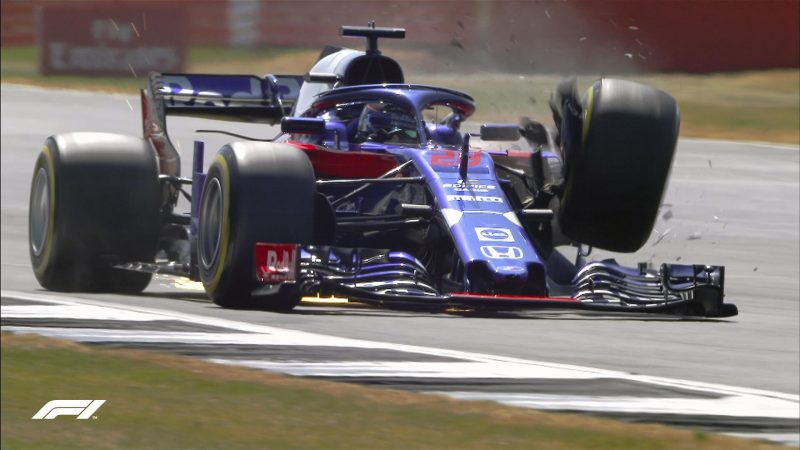 Brendon Hartley suffered a frightening crash during final practice for the British Grand Prix when the front left suspension failed on his Toro Rosso.

The New Zealander crashed out heavily when, after applying the brakes into Brooklands at the end of the Wellington Straight, the front left suspension failed.

It sent him off the road, bouncing over the gravel before making heavy contact with the barrier.

Drawing the red flag, Hartley was able to climb free from the stricken car and walk into the medical centre before being given the all clear.

It was an incident eerily similar to that suffered by Sebastien Buemi, whose Toro Rosso had both sides of the front suspension fail in China in 2010.

The crash jeopardised Hartley’s participation in qualifying, scheduled to begin at 2300 AEST.