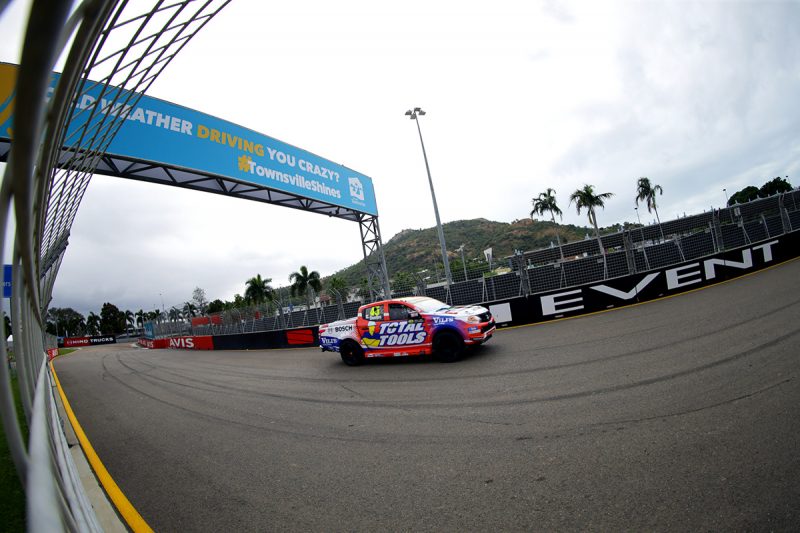 Craig Dontas has earned a first win for himself and the Mitsubishi Triton in Race 1 of SuperUtes at Townsville.

The Japanese marque and Sieders Racing Team were on for a one-two until Elliot Barbour slowed with a technical problem on the penultimate of 10 laps.

That drama opened the door for Christopher Formosa and the Ford Ranger to finish second, the best result so far for Ranger Racing, and Aaron Cameron third in a Peters Motorsport Mazda BT-50.

Dontas and Barbour started at the front of the field and the former led from pole into the first corner.

Formosa took over second position when he ran the outside line through Turn 2 as Barbour was held up under brakes.

Barbour reclaimed the position with a textbook move at Turn 11 on Lap 3, at which time Dontas had eased to a margin exceeding two seconds.

A battle for third position ensued between Formosa and Cameron over the next few laps, in which the former eventually prevailed.

Dontas’ lead got out over five seconds before he cruised to the finish line 3.4s ahead of Formosa and another 5.5s clear of Cameron.

Craig Woods finished fourth having started ninth in his Western Sydney Motorsport Toyota Hilux, the highlight of his drive a double move in slicing between Tom Alexander and Ben Walsh at the start of Lap 8. 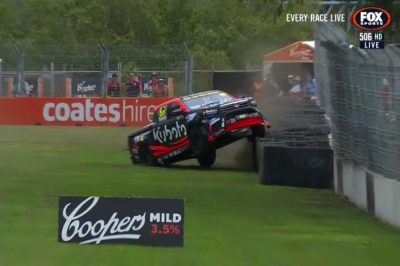 Tomas Gasperak was seventh in the Team 18 Holden Colorado while Barbour managed to make the chequered flag in eighth.

Matt MacKelden finished a lap down in ninth after running off and slapping the wall at Turn 6 early on in the SRT Hilux.

Ryal Harris was two laps off the pace but at least a classified finisher after smoke belched from his Peters BT-50 mid-race.