Dane: ‘Quite a few options’ for potential Lowndes replacement

Dane: ‘Quite a few options’ for potential Lowndes replacement 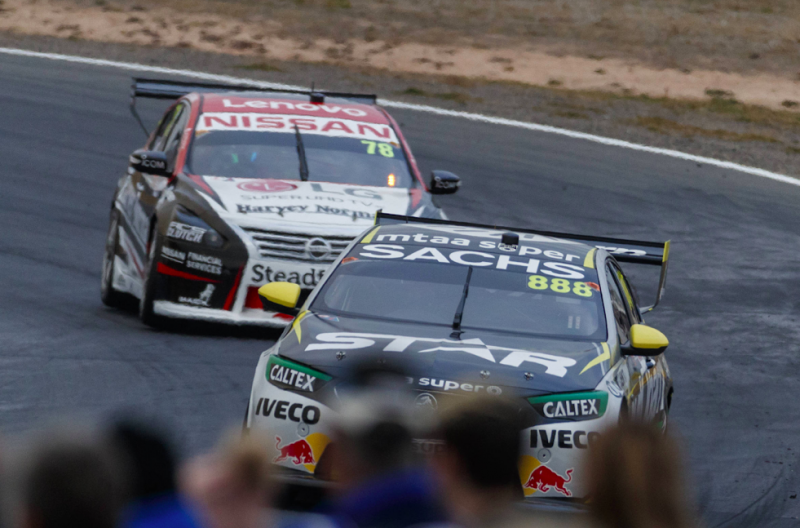 Triple Eight team owner Roland Dane says his squad has ‘quite a few options’ to replace Craig Lowndes should the outfit continue to run three cars next season.

Confirmation that Lowndes will retire from full-time Supercars racing at the end of the season has presented a potential vacancy for the multiple championship winning operation.

Dane revealed that a decision regarding the continuation of the team’s three car structure is yet to be made, but admitted he wouldn’t be short of drivers options to fill what would be a much sought after seat.

“We’ve got, as you can imagine, quite a few options,” Dane told Speedcafe.com, when asked if he has a preference for a possible new signing if the third car is retained.

Among the possibilities could be Nissan Motorsport’s Simona de Silvestro who has been linked to the team following Holden’s much publicised desire to field a female driver.

De Silvestro, who has recently moved to Queensland, would also prove valuable from a commercial aspect.

Dane was asked if he would consider de Silvestro as an option for the team during Lowndes’ retirement announcement on Friday.

“I’ve got a female presence in the team right here (referring to team media officer Jessica Dane, who led the press conference), and we’ve had ambitions for quite a few years to increase the number of people working on the team to have an internal aim of 30 percent (females) for some time.

“We’re working towards that, and what the make-up of that is in the future remains to be seen.”

However, Nissan Motorsport’s co-owner Todd Kelly affirmed to Speedcafe.com that De Silvestro is contracted to the Braeside outfit for next year.

“Simona is signed to the team for 2019,” Kelly told Speedcafe.com.

Dane has previously revealed that he is keeping his eye on the next generation of drivers coming through the ranks.

There would also be a number of talented candidates to consider from the current Supercars grid.

It is not yet clear when a decision will be taken regarding the team’s structure for next season.

“There is a normal cycle of doing things from a commercial point view, a REC point of view and everything else, and it will take its course in the coming weeks,” Dane added of the team’s impending decision regarding structure.

“Some of the things we have not been able to talk about because we wanted to choose the right time first and foremost to allow Craig to make his announcement.”