Technical changes made to Toyota 86 Series

Technical changes made to Toyota 86 Series 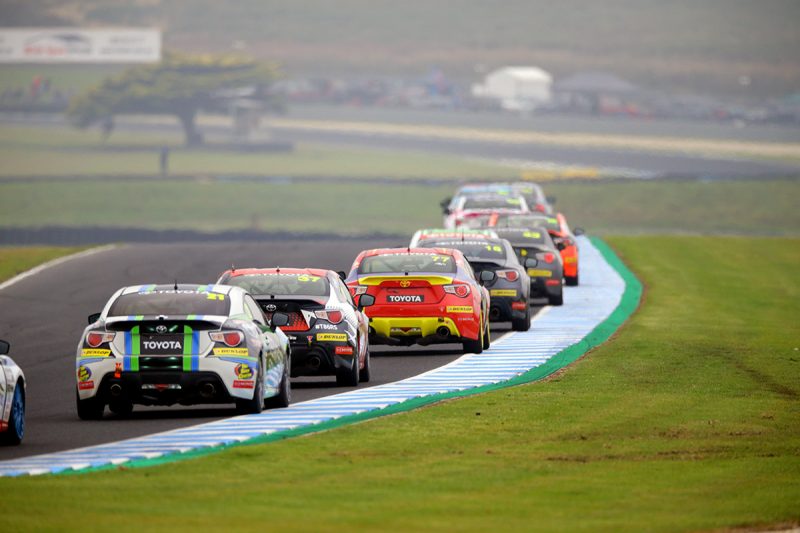 The Toyota 86 Racing Series will see technical changes at Townsville

A number of technical changes have been made to the Toyota 86 Racing Series ahead of Round 2 at the Watpac Townsville 400 this weekend.

The one-make category has worked to rectify a variable camshaft timing issue which has plagued a significant proportion of the field recently.

It has been explained to Speedcafe.com that the problem centres around cam timing which ultimately results in a loss of power.

MoTeC develops the in-car programming systems including cam timing for the category, a system which is standard for all competitors.

Teams and drivers have since raised the issue with the category that has now implemented an update to the entire field’s MoTeC systems ahead of the weekend’s running in Townsville.

It is understood that the cam timing issue significantly affected teams at the previous round at Phillip Island, a known power dependent circuit.

“Some cars have been affected worse than others, so we’ve got a new program that will be going in this weekend that will hopefully tidy some of that up.

“Cams are driven by oil pressure so they’re never going to be perfect.

“But for whatever reason it was worse at Phillip Island than what it had ever been. Since then we’ve made some changes to address that.

“It (the cam timing issue) is affected by oil pressure or oil temperature, which are both the same thing – they’re oil pressure driven.”

Series organisers have additionally implemented a change to the rear camber arms on all of the cars ahead of the trip to Townsville.

The change was coupled with the decrease of the maximum camber angle limit, which has lessened from 2.7 degrees to now 2.5 degrees.

“We’ve just introduced that (adjustable rear camber arms) so everyone can have the same,” said Bates.

“We only did that (decrease of maximum camber angle) because you need to have a limit and you don’t want to go ridiculous on that because the driveshafts have got to go through the angle.”

The series has also adopted a new specification tyre from Dunlop for this season, with the upgrade featuring a different tyre tread pattern to that used in 2017.

“It’s just an update of the tyre, the other one was Z286, this is the Z386, so it just has slightly better grip,” explained Bates.

“Obviously, it was a new tyre for Dunlop so they were keen to run it. I think most people are happy with it because it offers slightly better grip.”

The Toyota 86 Racing Series will be in action at Townsville’s Reid Park Circuit with a pair of practice sessions on Friday.