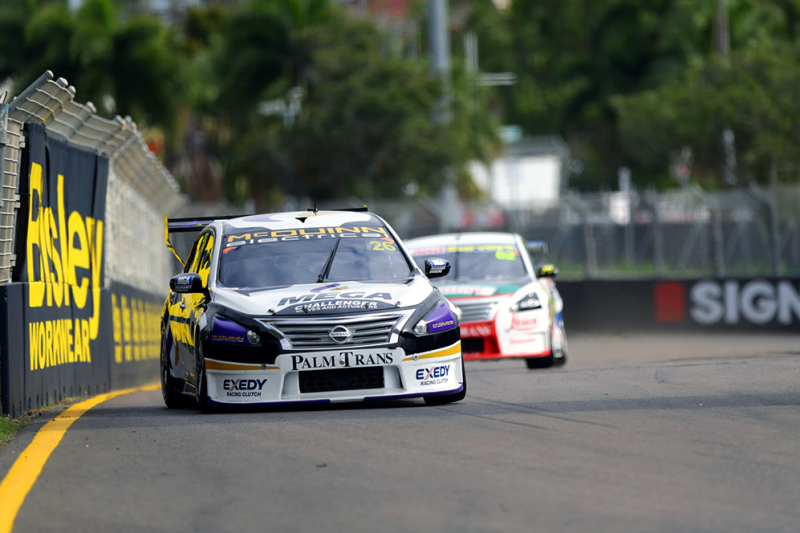 Garry Jacobson topped the timesheets in the opening Dunlop Super2 Series practice session at the Watpac Townsville 400 which was cut short due to a red flag.

The Matt White Motorsport driver banked a 1:15.132s time early in proceedings aboard his Nissan Altima to put himself ahead of fellow MWM driver Alex Rullo and Macauley Jones (Brad Jones Racing) who finished up second and third respectively.

Dean Fiore (Matt White Motorsport), who stopped on track at the Turn 7-8-9 cut through in the final eight minutes of the session with a suspension issue, brought out a late red flag, with the session ultimately not restarting.

Chris Pither (Garry Rogers Motorsport) was fourth fastest after sitting second early on, while Fiore held onto fifth despite the issue that curtailed his session.

Thomas Randle managed sixth in the sole Tickford entry ahead of Kurt Kostecki (Kostecki Brothers Racing), Matt Chahda (Matt Chahda Motorsport) and Mason Barbera (GRM), with the latter two both finding the fence during the session.

Chahda brushed the tyre barrier at the back chicane but continued on minus his left side mirror.

Barbera on the other hand, had more significant contact, running off the road at the Turn 11 hairpin after losing the backend of the car and tagging the outside barrier before returning to the pits immediately.

Shae Davies (Paul Morris Motorsport), who ended up 15th on the timesheets, also had a moment exiting Turn 12 as the rear of his car stepped out and came close to hitting the wall.

The majority of the teams ran on pre-marked practice tyres during the session, as opposed to the previous event’s used compounds that is normally seen during practice sessions.

The Dunlop Super2 Series will return to the track for their second practice session at 1405 AEST.