Whincup not panicking over points deficit

Whincup not panicking over points deficit 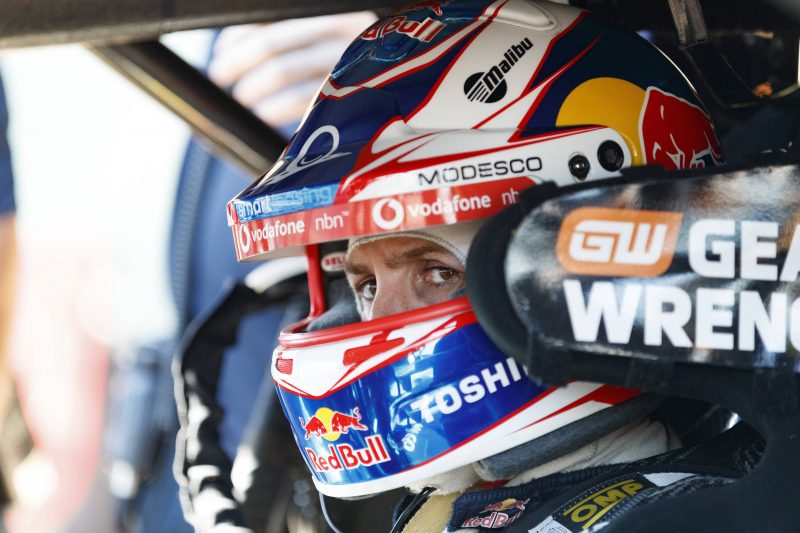 Jamie Whincup is not panicking about his title hopes despite the sizeable points deficit to leader Scott McLaughlin heading into the Watpac Townsville 400.

The reigning champion is 433 points adrift of his Shell V-Power Racing rival as the series reaches the halfway point in the championship.

Whincup has scored two victories to McLaughlin’s six leaving the former fifth in the championship standings.

While he remains confident he can still overhaul McLaughlin in the title race, the seven-time champion admits this weekend’s Townsville 400 is a key event to start closing the gap.

“It is for me (crunch time) for sure,” said Whincup at Fox Sports’ launch of the Watpac Townsville 400.

“I’m a fair way behind now and lot further behind than I would like that is life, but there are no panic stations.

“We have been in a similar position before and been able to claw it back.

“Is this part of the year about the championship? No. It is about winning races and I’d love nothing better than having a good result here this weekend.

“I don’t think we, our team, really have showcased exactly how good (the ZB Commodore) is yet.

“Shane (van Gisbergen) came out of the blocks flying (to dominate in Adelaide) but there’s still plenty of work to be done.

“We’re hoping we can hit our straps later on in the year and keep moving forward with it.

“But this weekend, no excuses. Everything’s there, all of the tools are in the toolbox, so to speak, but everything is there to do the damage this weekend.”

Whincup ended a podium drought of seven races last time out in Darwin having benefited from a new set-up direction unearthed from a recent test day.

One area both he and Red Bull HRT team-mate Shane van Gisbergen have been keen to improve is the pace from their ZB Commodores in qualifying trim.

Extracting outright speed over a lap is still a weakness according to Whincup.

“That (qualifying) is a bit of a weakness of ours,” he added.

“Our pace has been good but we have to deal with coming through the pack to get to the front which has made it hard for ourselves.

“We are doing everything we can. Every other team is working to qualify faster as well so that is part of the game. You can’t win them all and you can’t be good at everything.

“At the moment most of our eggs are in the basket of trying to get better at qualifying.”

The Watpac Townsville 400 begins on Friday with opening practice set for 1125 AEST.