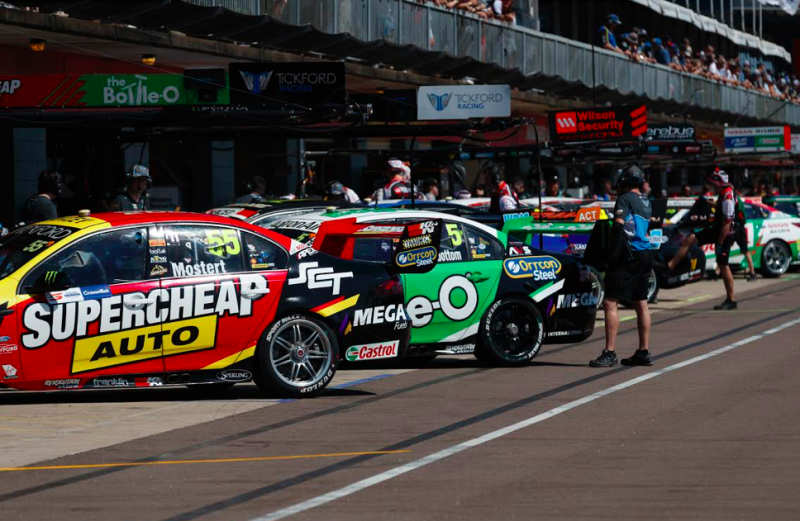 Tickford Racing is looking to arrest its form

Tickford Racing boss Tim Edwards is optimistic that Townsville could provide a turning point for his team as they aim to arrest their poor run of form.

The Ford squad resorted to using portions of the CrownBet Darwin Triple Crown as a glorified test session to evaluate several items and set-ups across its four cars in a bid to unlock speed.

Hidden Valley Raceway proved to be a difficult round for the team as drivers Chaz Mostert, Mark Winterbottom, Cameron Waters and Richie Stanaway left the Northern Territory without a top 10 finish between them.

Edwards expects the evaluation of items on its Falcons to continue at Townsville, although admits there is renewed optimism that strong results are on the horizon.

“I certainly hope (it can be a turning point),” Edwards told Speedcafe.com. 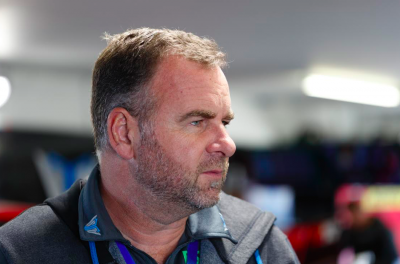 “It was previously a happy hunting ground for us, we’ve had a lot of success there, so we’re certainly working on it at the moment. In saying that, it’s such small amounts.

“I’m sick of saying it, but frankly, there are 26 very good teams and very good drivers out there every weekend.

“There’s definitely optimism, for sure.

“We’re going there to have a go at getting on the podium, that’s certainly our goal, but everything we do in this category is a test session; it’s the way you’re forced to operate.

“We’re still evaluating certain things on the car and we’ll continue to do that for a while.

“Whilst there’s an element of risk when you’re doing that, what’s encouraging is how hard the teams are working to actually create these ideas and manufacture these parts for us to evaluate.

“Out of the negative from our performance, the positive is how well it’s really got the team working and gelling together and really digging deep to get back on the podium.”

Edwards was coy when asked how different the cars would be in terms of componentry compared to Darwin.

He did reveal that the process of delivering new parts to the car is ramping up with the crew working long hours to solve its current pace shortfall.

“A hundred percent, and that’s the positive out of how we’re performing at the moment,” added Edwards.

“It would have been very easy for the team to go totally hands up in the air and say, ‘It’s too hard,’ but it’s had absolutely the opposite reaction.

“It’s one thing for our creative engineers to come up with a potential solution, you’ve then got to manufacture it and assemble it and fit it on the cars, so it’s a real team effort and it’s been great to see the team really rallying around.

“The drivers are the superstars, they’re the ones that are up in the lights, but it’s also a large team of people behind them that actually have to give them the best widget they can go racing with.

“I’ve got a great group of people, largely the same group of people that won a championship in 2015, so they know how to do it and I’m sure we’ll be back up there again very soon.”

The Watpac Townsville 400 will begin on Friday with opening practice scheduled for 1125 AEST.