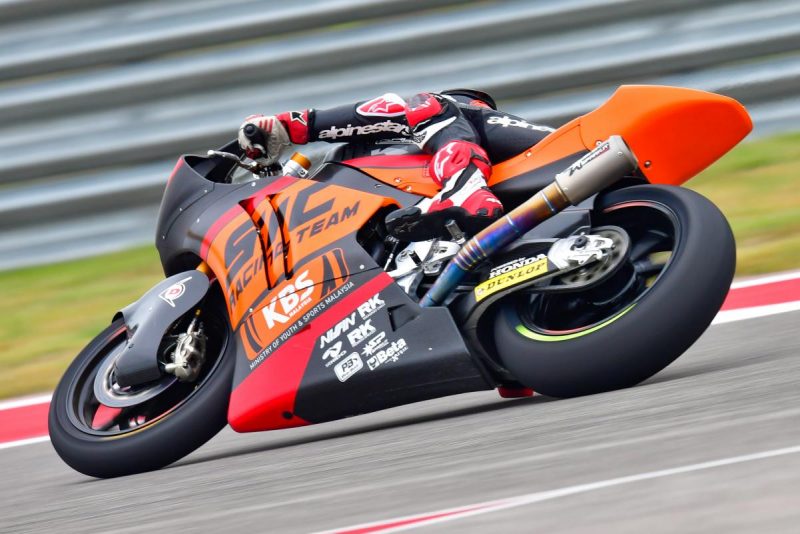 SIC Racing has confirmed its move into MotoGP pic: MotoGP.com

SIC Racing has confirmed that it will replace the Angel Nieto Racing Team on the MotoGP grid next year, when it is set to become Yamaha’s new satellite team.

Yamaha has confirmed that it has signed a memorandum of understanding for SIC to field its motorcycles in the premier class.

The Malaysian outfit, which is owned by the Sepang International Circuit, currently competes in Moto2 and Moto3.

Nieto, known as Aspar until it was renamed in honour of the late Spanish champion last off-season, fields Ducatis for Alvaro Bautista and Karel Abraham in MotoGP.

Team owner Jorge Martinez ‘Aspar’ will have a sporting role with the new MotoGP squad.

“Sepang International Circuit and Angel Nieto Racing Team in principle have reached an agreement by which, from the 2019 MotoGP season, SIC will take over the two MotoGP™ class entries of the ANRT,” read a SIC statement.

“Mr Jorge Martinez ‘Aspar’ will assume the position of Sporting Advisor to this new MotoGP team.”

The initial agreement between SIC and Yamaha would span three years.

“Yamaha Motor Co., Ltd. is pleased to confirm the signing of a memorandum of understanding (MoU) with the Sepang International Circuit,” the manufacturer announced in a statement.

“The MoU between Yamaha Motor Co., Ltd. and the Sepang International Circuit foresees the team leasing Yamaha YZR-M1 motorcycles for the 2019, 2020 and 2021 FIM MotoGP World Championship seasons as a satellite team.”

Outgoing Repsol Honda rider Dani Pedrosa, who will make his future known at the next round in Germany (July 13-15), has been heavily linked to the new venture but could also retire.

Should he ride on for SIC, reports from Europe suggest that he would likely do so as team-mate to rookie Marc VDS man Franco Morbidelli.

Malaysian Hafizh Syahrin, who stepped up from SIC’s Moto2 team as a last-minute replacement for Jonas Folger, has already been confirmed for another season at Tech3.