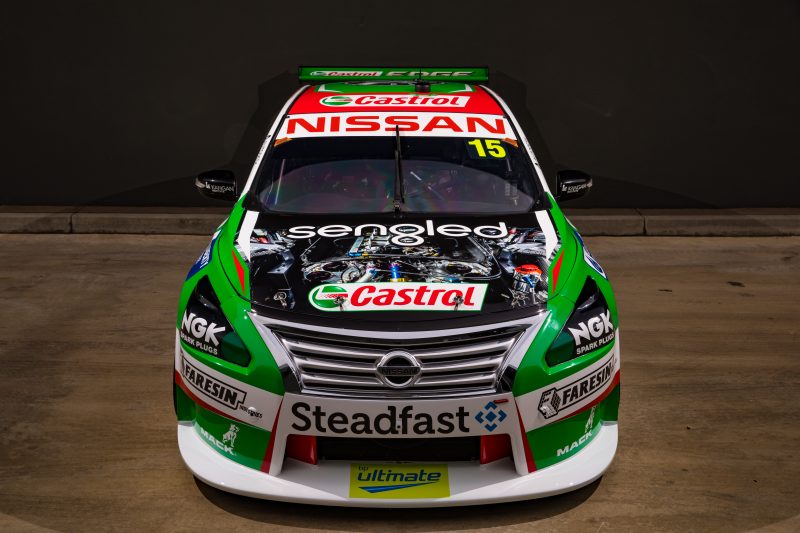 Nissan Motorsport has revealed a livery tweak on Rick Kelly’s Altima ahead of this weekend’s Watpac Townsville 400.

The popular Castrol colour scheme will undergo an update with a new transparent-look bonnet which aims to show off the VK56 engine that powers the Altima.

Launched at the Adelaide 500, the bold green, white and red design has been voted as the favourite livery among Supercars fans.

The oil giant has been a long-time supporter of Kelly Racing since its inception in 2009.

“The Castrol livery already looked amazing, so it’s a case of less is more,” said Kelly.

“The engine is the heart of the race car, so its great to be able to feature it with this design.

“Castrol has supported us and helped innovate technologies for our specific needs, whether that be for bikes, boats, trucks or the race cars.

“Castrol have been able to develop off-the-shelf products capable of producing race winning performances in my Nissan.”

The updated #15 livery will make its first appearance in opening practice at Towsville, which is scheduled to start at 1125 AEST. 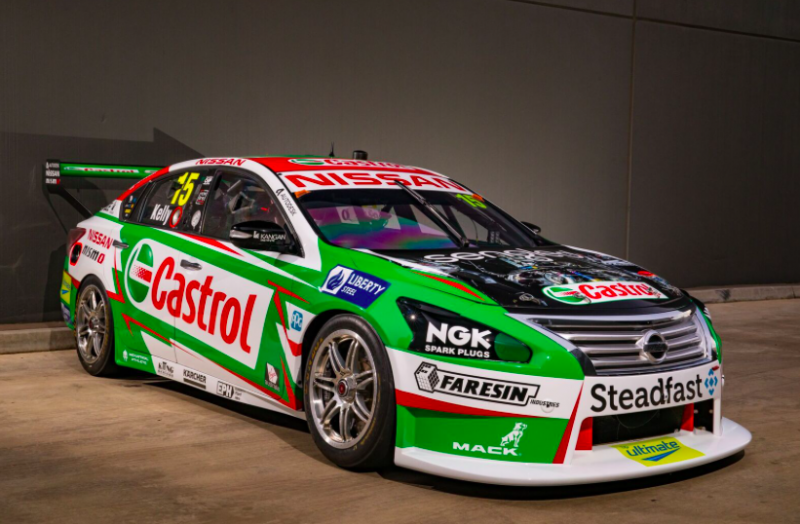