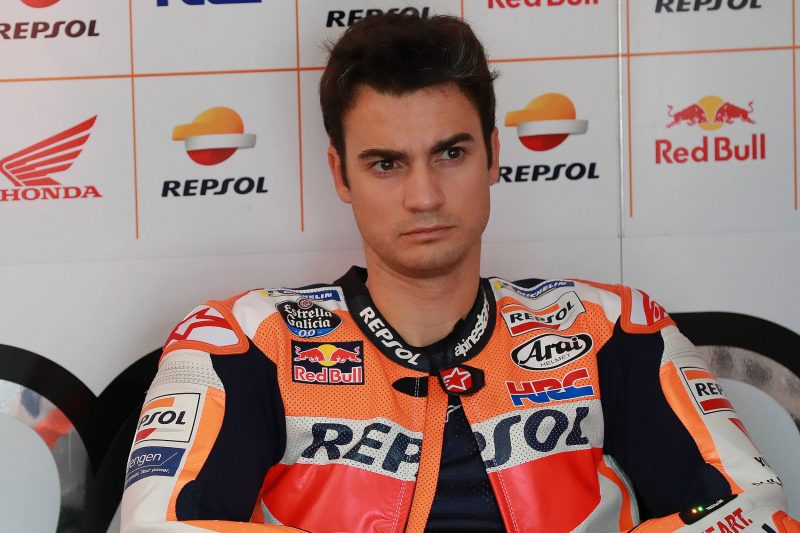 Dani Pedrosa will hold a media conference at the Sachsenring next week where he will announce his MotoGP future.

The Spaniard is in his final year with the factory Honda team after it was confirmed last month that he would be replaced by Jorge Lorenzo for 2019.

It ends an association which stretches back to Pedrosa’s 125cc Grand Prix debut in 2001; more than 280 races, and 54 wins, across all categories.

“I have finally made a decision regarding my future,” Pedrosa said in a statement.

“I want to be able to communicate it personally and to everyone at the same time.

“Therefore, at the Sachsenring I will hold a press conference to announce it.

“I hope that my decision to wait until then to make it public will be respected.”

Pedrosa’s two options appear to be a ride with a mooted Petronas-backed Yamaha satellite team or retirement.

The 32-year-old is without a win thus far in 2018, with a best result of two fifth places, and sits 12th in the championship.

His previous lowest finish in any championship was eighth during his maiden 125cc campaign in 2001.

The German Grand Prix set to be held at the Sachsenring on July 13-15.