The Erebus Motorsport driver will adopt an almost identical colour scheme to that of team-mate David Reynolds as oil giant Penrite increases its backing of the Melbourne outfit.

De Pasquale has been running without a primary sponsor on his ZB Commodore in previous rounds at Winton and Darwin.

His new look #99 Holden was unveiled at Lavarack Barracks in Townsville as the squad restated its relationship with the Australian Army’s Royal Australian Artillery (RAA).

Erebus and the RAA have been working together to support its Legacy initiative that assists defence force families and other veteran services for the last three years.

“Anton is someone we have been keeping our eye on throughout the first half of this season, and he has really impressed,” said Penrite Oil’s Corporate Partnership’s Manager, Jarrod Harding.

“We’ve recognised the hard work and determination both he and the team have shown throughout 2018.”

Erebus Motorsport CEO Barry Ryan added, “We have enjoyed a very rewarding relationship with the Royal Australian Artillery and it’s both an honour and a pleasure to recognise our relationship on a larger scale.”

De Pasquale heads to Townsville of the back of an impressive maiden appearance at Darwin’s Hidden Valley circuit.

The 22-year-old recorded a career best third on the grid for Race 15 before going on to finish 11th and 15th respectively in the two races.

The Dunlop Super2 Series graduate heads into Townsville sitting 17th in the standings.

Practice for the Watpac Townsville 400 begins on Friday at 1125 AEST. 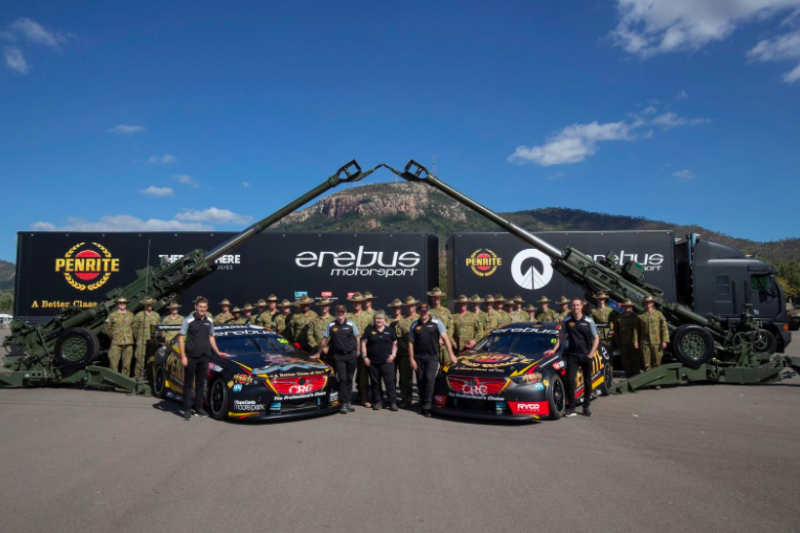