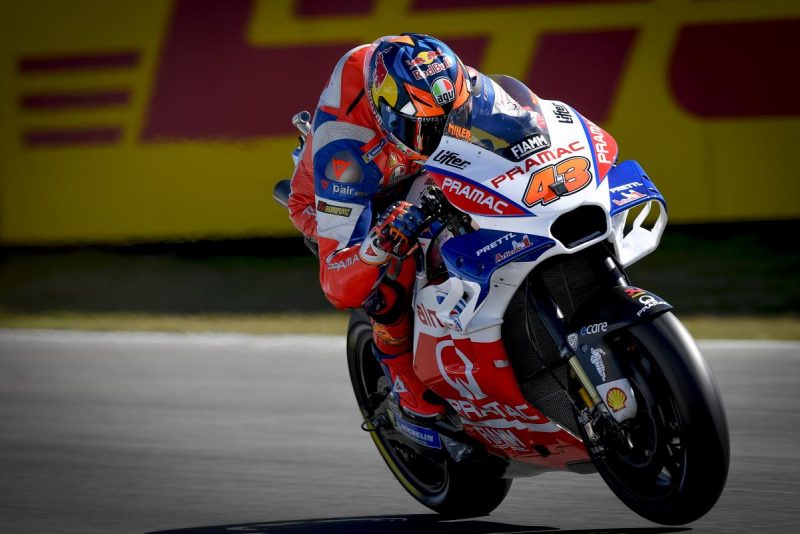 Jack Miller has confirmed that he did indeed hold talks with Honda before re-signing with Pramac but says there was no formal offer from the Japanese factory.

The Australian was linked to a move from his current satellite Ducati home to the Bologna factory squad, before a report from Spanish newspaper AS speculated that he had turned down an offer from Honda Racing Corporation.

Miller explicitly denied at the time that he had rejected any offer to return to the marque to which he had been directly contracted until the end of last year but was coy about his options.

Writing in his latest Red Bull column, he has now confirmed that he held discussions with Honda but they did not progress to an offer to ride for the factory Repsol-backed team.

“The Repsol Honda stuff? You might have read that I’d signed to go there around Mugello time, and don’t worry, I read it too…” wrote Miller.

“So let’s clear that up: there was talk, definitely, but no contract negotiations.

“It’s a big step from talking about something to negotiating to signing… so I don’t know who said what to who or whatever to turn that into a story that I’d definitely be racing there next year.

“Talking… it’s always good to know what your options could have been over there. Signing something? That’s a lot different…”

Jorge Lorenzo ultimately made the shock move to Repsol Honda to replace Dani Pedrosa, with Danilo Petrucci moving up from Pramac to fill the vacated Ducati Team seat.

Miller nevertheless receives a promotion of sorts by assuming the senior position in the team and with it a ride on a current-spec rather than year-old Desmosedici.

“I’m so stoked to be back here again next year and on a factory Ducati too, and there’s a lot of pressure off my shoulders for the rest of this year having next year sorted out so early,” said the 23-year-old of his re-signing at Pramac.

“So it’s time to get down to business now, keep the momentum going from the start of the season where I’ve had a pole in Argentina and a fourth in the dry in Le Mans, and try to avoid races like Italy and Catalunya where we don’t make the most of things.”

Miller finished 10th last time out at Assen, having started the season with five straight top 10 finishes before DNFs in Mugello and Catalunya due to a crash and mechanical problem respectively.

He is currently 10th in the championship, which continues with the German MotoGP on July 13-15.