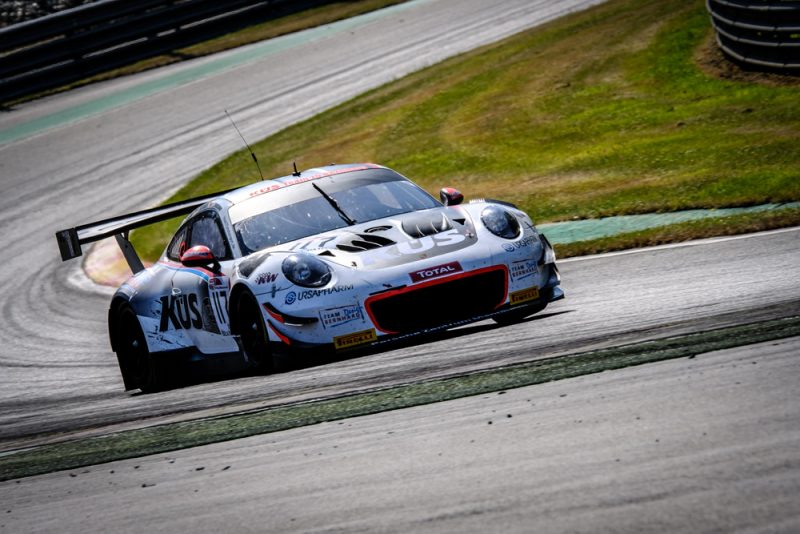 Earl Bamber has been named among a provisional 68 car entry list released ahead of the 24 Hours of Spa-Francorchamps.

They make one of a 30-strong outright field including a host of factory-backed entries, which also sees Bathurst 12 Hour and Australian GT Championship winner Christopher Mies in an Audi Sport Team WRT R8 LMS.

Former Formula 1 driver Rubens Barrichello is set to make his debut in the event, driving for Strakka Racing in a Mercedes-AMG GT3.

Kenny Habul is the only Australian in the race, the US based racer set to partner Bernd Schneider and Thomas Jager in the Sun Energy1 Team HTP Motorsport Mercedes-AMG GT3.

Habul will compete in the Pro-Am Cup which also features Giancarlo Fisichella (961 Corse Ferrari 488 GT3) among its 16 entries.

Audi won last year’s event after battling with Mercedes and Bentley in the closing stages.

However, a strategic mistake on the part of Mercedes allowed the Audi Sport Team Sainteloc to take the win from the M-Sport Bentley squad.

The 24 Hours of Spa is the largest GT race on the world, with this year’s edition following almost a week of practice and test sessions on July 28.

Teams got their first opportunity to sample the Spa-Francorchamps circuit on Tuesday at the event’s Official Test Day, with the #991 Herberth Motorsport Porsche going fastest.