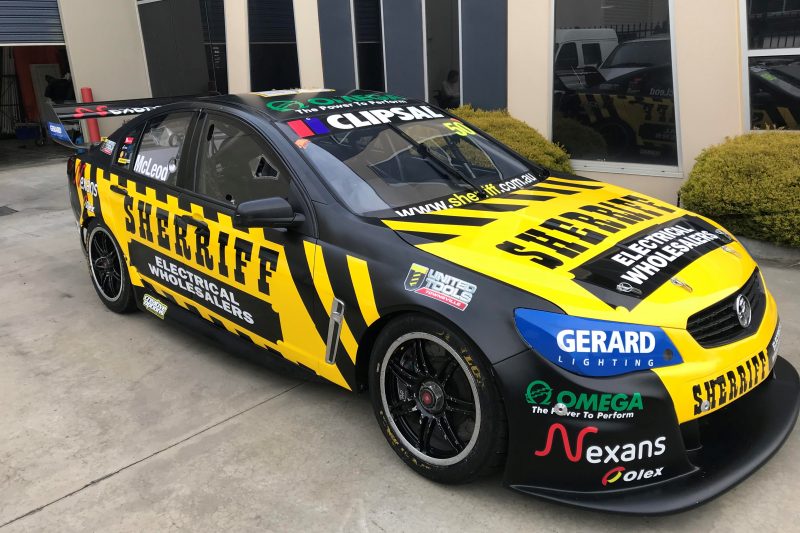 The Kali Motorsport Commodore before dispatch to Townsville

Gerard McLeod heads into this weekend’s Watpac Townsville 400 off the back of a promising first test for new Super2 team, Kali Motorsport.

McLeod, who is spearheading the operation, will pilot one of the team’s two ex-Lucas Dumbrell Motorsport VF Commodores in its maiden round.

The former V8 Utes racer has been buoyed by a promising test at Winton in the week leading up to the trip to North Queensland from Kali’s Melbourne base.

“We had a really, really successful day, so we were very pleased,” McLeod told Speedcafe.com.

“We did 105 laps with absolutely zero problems in the car, and the car’s gone through a rebuild.

“The pace throughout the day was more than I could have expected, so I’m very pleased.”

The start will be McLeod’s first since the corresponding round of 2017, when he campaigned an ageing previous-era FG Falcon.

Having a chance to genuinely prepare for this weekend’s racing has left the man who was also an LDM mechanic quietly confident of a better performance than that of 12 months ago.

“The race meeting’s a whole different kettle of fish but last year I didn’t even get a test day in and I went up there in a very old, outdated car with zero budget and we pretty much just made up the numbers,” he recalled.

“This year, we’re in a position now where I can confidently say that we can compete and get a quality result.

Kali plans to build up its second Triple Eight-built Holden in time to also run it at Bathurst in October.

Paul Dumbrell leads the Dunlop Super2 Series ahead of Round 4, which kicks off with two 40-minute practice sessions this Friday.