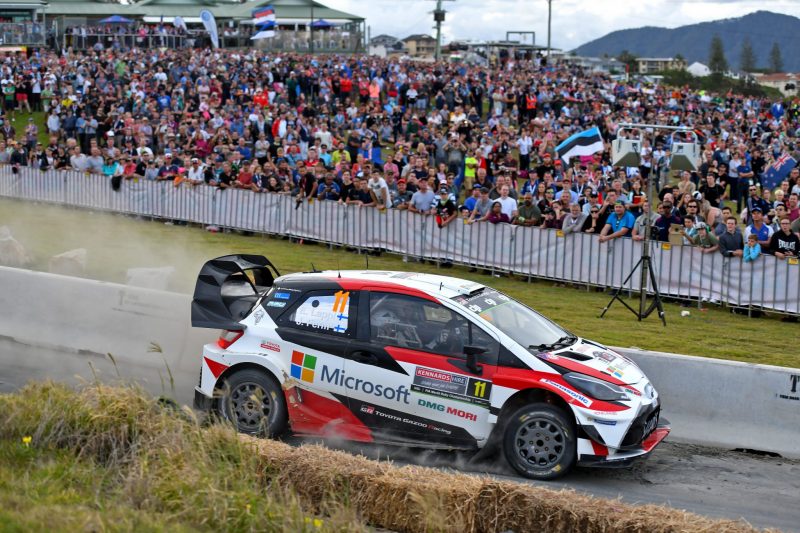 Kennards Hire Rally Australia has announced a major route upgrade for this year’s final round of the World Rally Championship.

Organisers have confirmed that all but eight of the 24 competition stages covering 317km are either new or changed for the season finale held in and around Coffs Harbour from November 15-18.

The event will commence with a new ceremonial start held at a waterside location on the Thursday night which will feature a Rally Show with free entry for spectators.

A total of 16 of the day time stages will be new for this year, featuring different roads or sections of former roads in reverse direction.

The gruelling 50km Nambucca stage will be absent for this year’s schedule although roads used in the test will be incorporated into a 28.84km Argents Hill Reverse stage, which will be the longest of the rally.

The popular Destination New South Wales Super Special Stage will return on Friday and Saturday nights on the same 1.27 km course beside Coffs Harbour Jetty, but drivers will face new obstacles in the form of two jumps and a water splash.

Fans will also be treated to two runs of the 1.97km Raleigh Raceway Super Special Stage.

Rally Australia will culminate with a modified Wedding Bells Stage  which will be run in reverse with a longer, higher jump at the popular Forests NSW Rally Village.

The podium presentation ceremony will be moved to the Forests NSW Rally Village from its former Coffs Harbour CBD venue.

The event could decide the destination of the WRC title with the championship currently involved in a tense fight between Hyundai’s Thierry Neuville and M-Sport Ford’s Sebastien Ogier.

“Kennards Hire Rally Australia will be the biggest rally event of the year in this part of the world and the climax to one of the most exciting world championship seasons in recent seasons,” said event Chairman Ben Rainsford.

“Series leader Thierry Neuville and his nearest rival Sébastien Ogier are going to battle all the way to the last stage in Australia. We couldn’t be more excited about the contest to come and the new route our sporting organisers have devised to test men and machines to the limits.”

Rally Australia is in the final year of its current contract with negotiations to secure a new deal with WRC well underway.

Tickets for the event are now on sale.