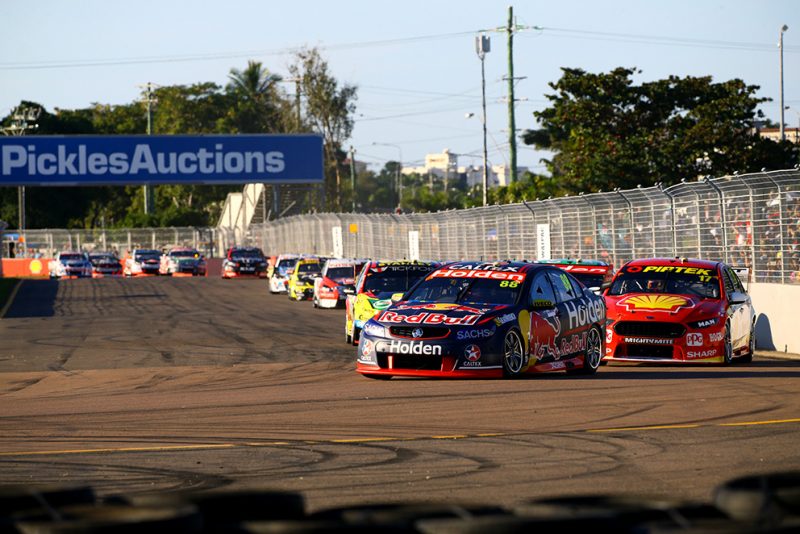 The Townville 400 will be run for the 10th time this weekend and Speedcafe.com wants to know what your favourite moment of Supercars’ North Queensland race weekends has been.

Read through our shortlist below and cast your vote in this week’s Pirtek Poll.

Armor All Qualifying for the first ever race on the streets of Townsville was decided by way of a top 10 shootout, with Lee Holdsworth third car on-track.

The then-Garry Rogers Motorsport driver lapped the 2.86km circuit in 1:12.7327s, faster than his earlier qualifying effort, but faced a nervous wait.

Fortunately for him, neither Jamie Whincup, Garth Tander, provisional pole-sitter James Courtney, nor any of the other four drivers who followed could go faster.

The appearance of Courtney’s split, 0.0755s slower, on the timing screens prompted wild celebrations in the GRM garage as Holdsworth was confirmed a Supercars pole-sitter for the first time.

While Holdsworth set the then-race lap record, both he and fellow front row starter Courtney failed to finish due to mechanical problems. 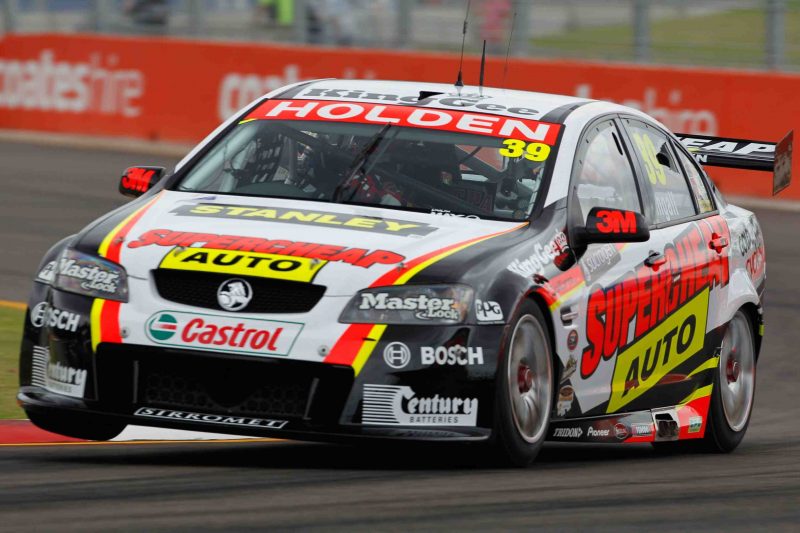 Jamie Whincup may have dominated the Saturday race of the 2010 Townsville 400 but Russell Ingall and Jason Richards made headlines arguably as big.

The Holden drivers qualified 27th and 25th respectively but were sixth and seventh at the chequered flag.

Fittingly, they featured in a willing late-race stoush with each other before Ingall prevailed over the Kiwi. 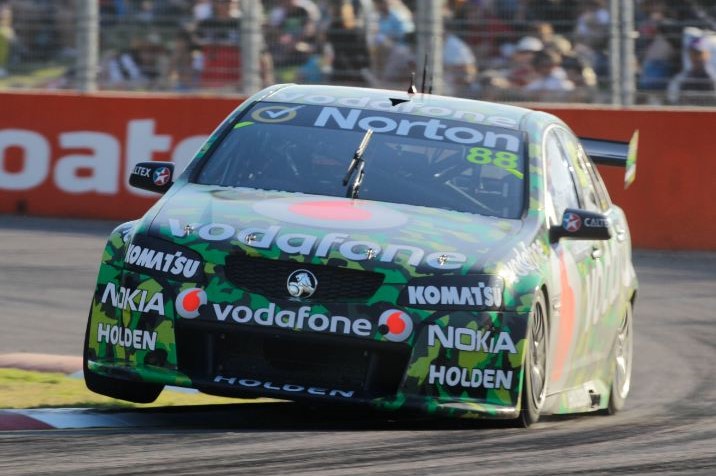 Triple Eight Race Engineering pulled off a one-two finish in the Sunday race of 2011, and did so with a special camouflage livery.

Team Vodafone red was replaced by a splotchy green/brown pattern in a nod to the region’s significant defence presence, with Craig Lowndes and Whincup even driving a tank at Townsville Showground during race week.

In the racing itself, a loophole in the supplementary regulations saw teams reusing their ‘Saturday’ set of soft compound tyres in Sunday’s race, leading to a diversion of strategies between the Triple Eight cars.

Lowndes pulled well clear of the field early on but Whincup was clearly the stronger in the latter stages of the afternoon as Car #88 finished 4.39s ahead of Car #888. 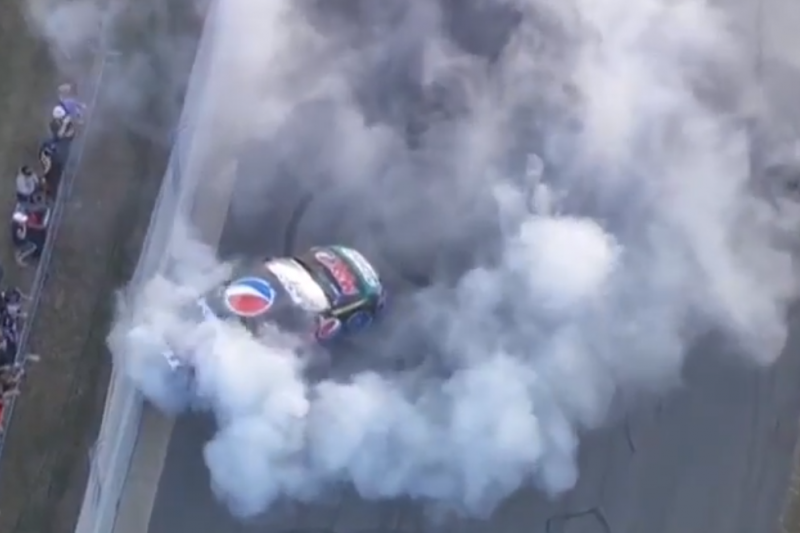 Will Davison hits the wall after the race pic: Seven

Sticking with the one-two theme, Will Davison and Mark Winterbottom finished first and second for what was then Ford Performance Racing in the Saturday race in 2013.

After Lowndes had skipped away having been the only driver to start on soft compound tyres, Davison and Winterbottom passed the Triple Eight man on Laps 58 and 61 respectively.

Davison had driven virtually a faultless race but dented the #6 FG Falcon on the cool down lap when he spun into the wall while performing a celebratory doughnut. 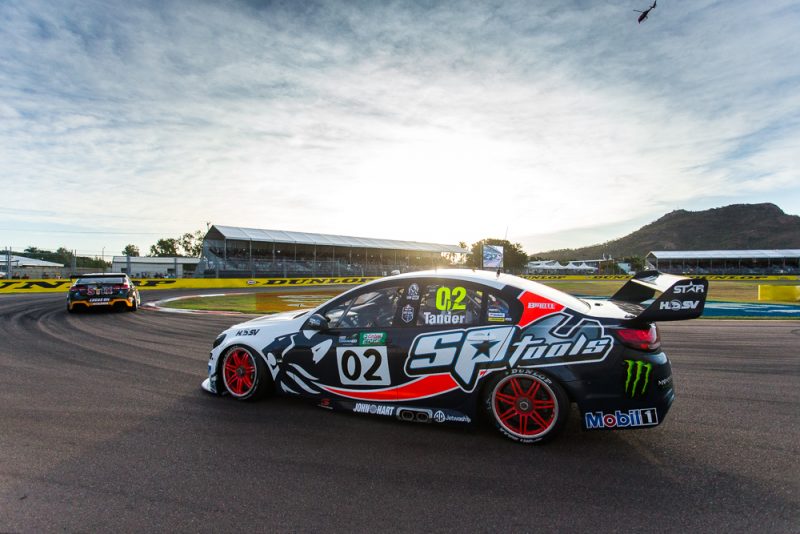 Walkinshaw Racing, then in its guise as the Holden Racing Team, carried several different liveries during 2015 as part of its 25th birthday celebrations.

Arguably the best, however, came at Townsville when the regular red/black look was replaced by a paintjob which harked back to 1997, Peter Brock’s last full season in Supercars.

Garth Tander even had a zero added to his racing number to make a #02 in a nod to Brock’s famous #05.

In the other HRT Commodore, Courtney used a late Safety Car to switch to a three-stop strategy and come home with a wet sail, the team-mates bumping before Car #22 went on to finish second. 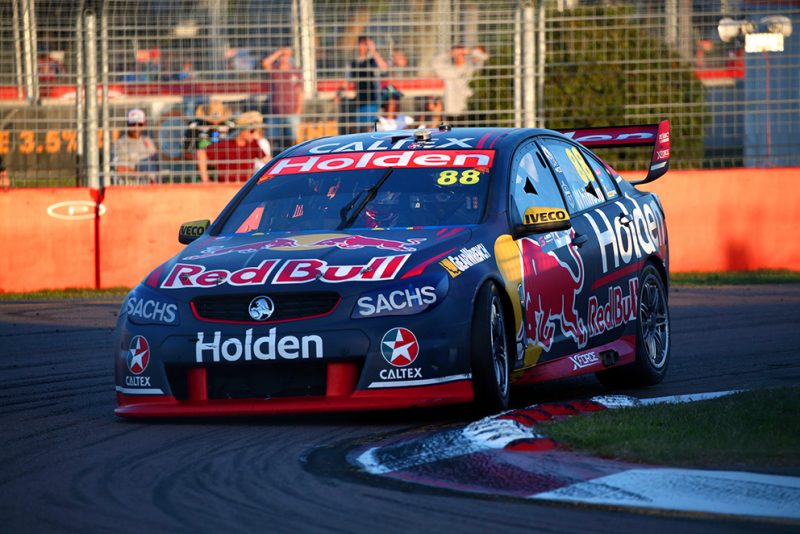 The most recent Townsville Supercars race epitomised the battle that was the 2017 Virgin Australia Supercars Championship.

Scott McLaughlin led the race from Whincup until the Triple Eight driver stopped first and pulled off an undercut of the #17 Falcon when he dived past at the start of the Kiwi’s out lap.

It set up an enthralling encounter between two of the key title protagonists, with the margin ebbing and flowing before Whincup won by 1.65s.

It had taken the then-six-time champion 14 races to notch up his first race win of the campaign, with which he equalled Lowndes’ benchmark of 105 Supercars/ATCC race wins.

What is your favourite Townsville moment? Cast your vote in this week’s Pirtek Poll.