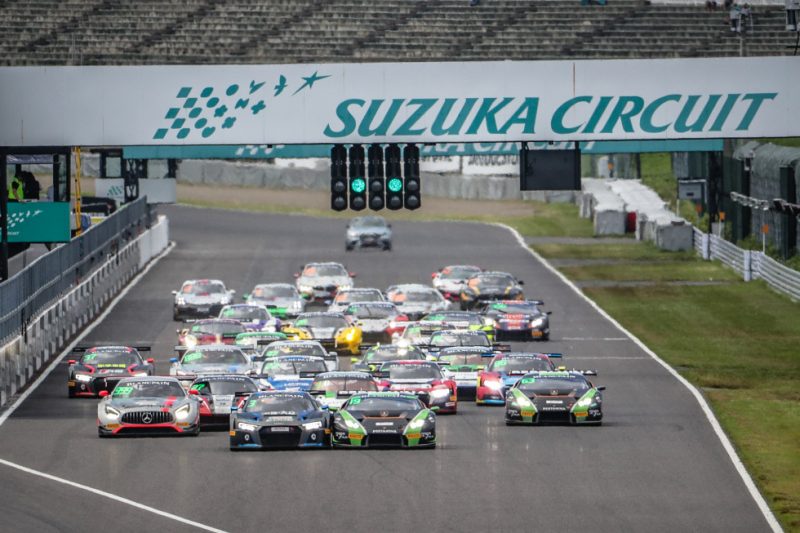 Shae Davies was the top Australian in the third event of Blancpain GT Series Asia at Suzuka, taking out a podium finish in Race 1.

Davies, who shared the #911 Craft-Bamboo Racing Porsche with Sandy Stuvik, took home second after starting the race from fourth and benefiting from an efficient pit stop.

The duo slipped to fifth in Race 2, with Davies still ending up the best placed Australian.

Nick Foster and HubAuto Corsa co-driver Leo Ye Hongli started Race 1 from pole position, taking home fourth at the chequered flag before dropping to 15th in the second hit-out aboard their Ferrari 488 GT3.

Mitchell Gilbert enjoyed a consistent weekend, finishing both races in seventh in the OD Racing Team WRT Audi he shares with Aditya Patel.

Tim Slade and Morris Chen finished 10th in Race 1, before the Supercars driver suffered terminal damage when he made contact with a lapped GT4 car in Race 2.

Fellow Australian Aidan Read and Darryl O’Young, who share the #991 Craft-Bamboo Porsche, made their way up to ninth in Race 2 after running down the order in the first race.

Josh Burdon finished 17th aboard the #37 Absolute Racing Audi in the second hit-out, with AMAC Motorsport was 18th and 19th across the two races. 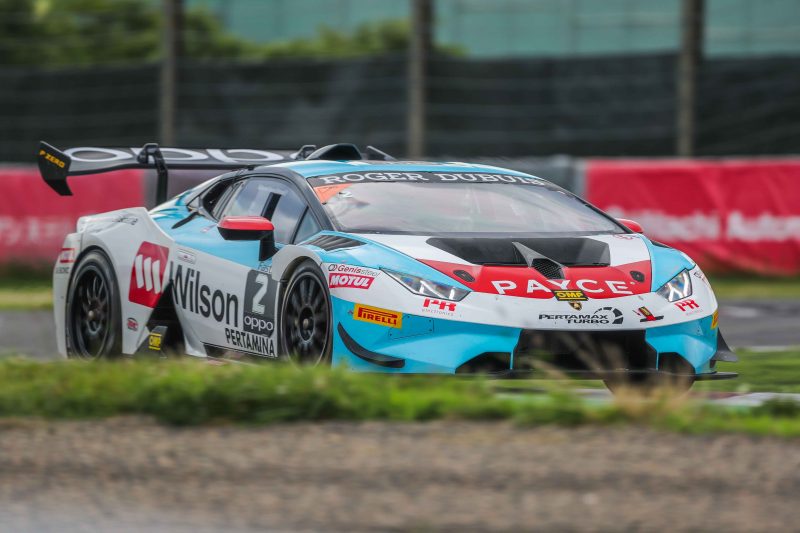 Ben Gersekowski claimed his second Lamborghini Super Trofeo Asia win of the season in the opening race of the weekend at Suzuka.

The Australian combined with co-driver Frederik Schandorff to move from seventh on the grid to win the opening race by less than a second, only to fall to sixth in the second race, which was won by FFF Racing Team’s Andrea Amici and Artur Janosz.

Gersekowski now sits third in the championship standings after three rounds, with the next event a doubt-header in three weeks’ time at Fuji Speedway. 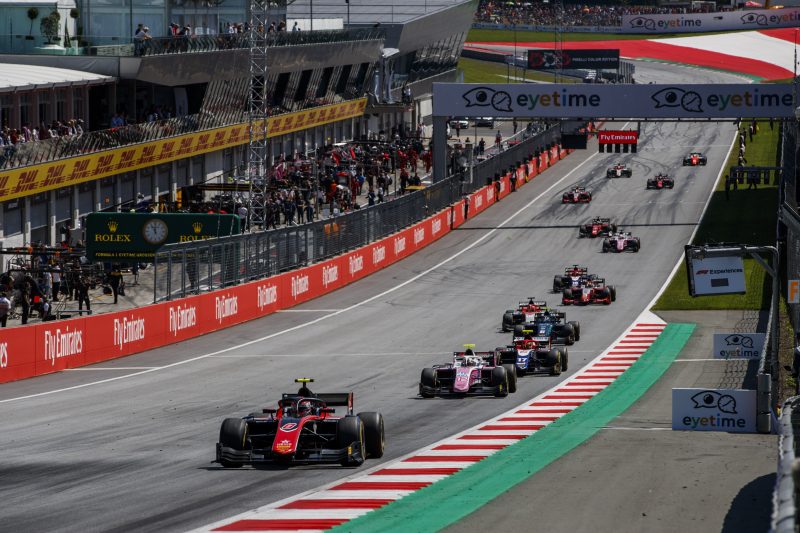 Mercedes junior George Russell has taken the lead of the FIA Formula 2 Championship following a pair of strong results at the Red Bull Ring.

Russell cruised to take out the feature race on Saturday by over five seconds ahead of title rival Lando Norris, while Antonio Fuoco got by Roberto Merhi on the last lap to snatch third.

Also making a charge on the final lap was Russian Artem Markelov who passed four cars in one lap to secure himself a points paying finish and what would prove a decisive reverse grid pole for Sunday’s sprint race.

The Renault junior driver romped to victory in the sprint race, not letting the lead up from the drop of the green flag as Russell came home second after starting seventh with an impressive drive through to the front.

Sergio Sette Camara rounded out the podium ahead of Fuoco and Alexander Albon, who completed the top five.

Nyck de Vries, meanwhile, endured a tough weekend with a retirement in the feature race after a lock-up at Turn 3 and was only able to claw his way up to 14th in the sprint race having started towards the rear.

De Vries has now slipped to seventh in the championship standings, with F2 returning to action this weekend (July 6-8) at Silverstone for Round 7. 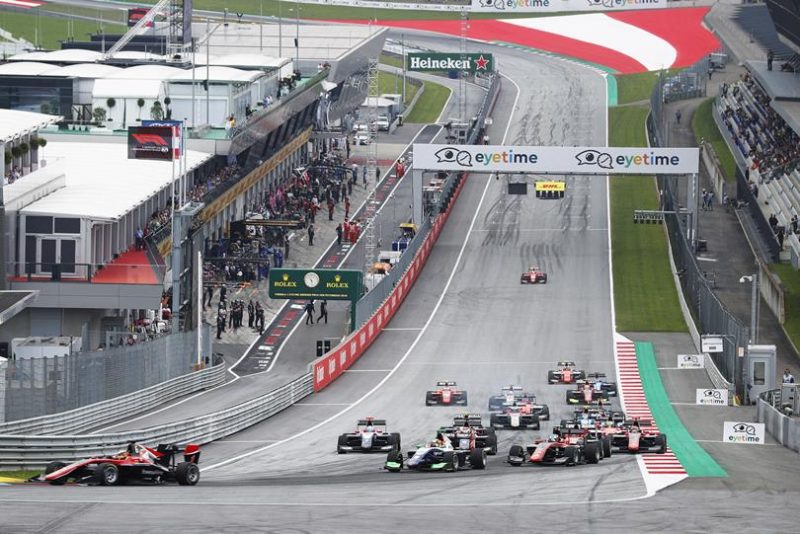 The start of the GP3 feature race in Austria pic: GP3 Series website

Joey Mawson recovered to 10th after starting last in the second GP3 race of the weekend at the Red Bull Ring in Austria.

The Australian qualified 13th for Saturday’s race, but was forced to retire with mechanical issues off the line.

Callum Ilott won the race from Leonardo Pulcini, and Alessio Lorandi, while the DNF relegated Mawson to the back of the grid for Sunday’s sprint race.

The first three on the grid crashed together at the opening corner of the sprint race, drawing a short Virtual Safety Car before Jake Hughes headed Pedro Piquet and Pulcini to the flag after 18 laps of racing.

Ilott takes the series lead to Round 4 at Silverstone this weekend (July 6-8). 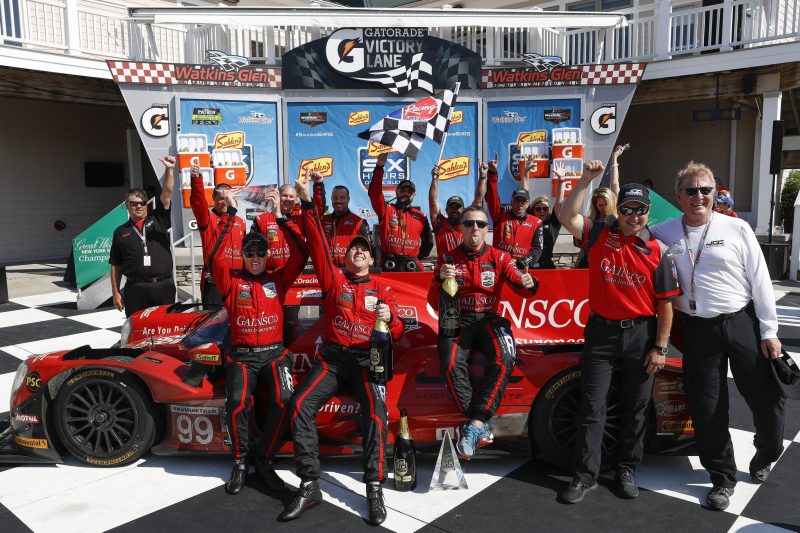 The move followed a Caution period in the latter stages allowing Simpson, who sat third, to close on the leading pair of Jordan Taylor (Wayne Taylor Racing Cadillac) and Juan-Pablo Montoya (#6 Penske Acura) before Simpson slingshot his way by into the lead.

Romain Dumas in the #54 CORE Autosport Oreca grabbed second in the final 10 minutes of the race from Montoya, with the JDC outfit taking their first overall win in IMSA competition.

Porsche made it three manufacturers on the podium with the #911 RSR of Patrick Pilet and Nick Tandy, while the sister Earl Bamber/Laurens Vanthoor #912 machine came home fourth.

Turner Motorsport took out the GTD win in the form of the Markus Palttala, Don Yount and Dillon Machavern driven #96 BMW M6 GT3 after the leading Land Motorsport Audi hit trouble late in the race. 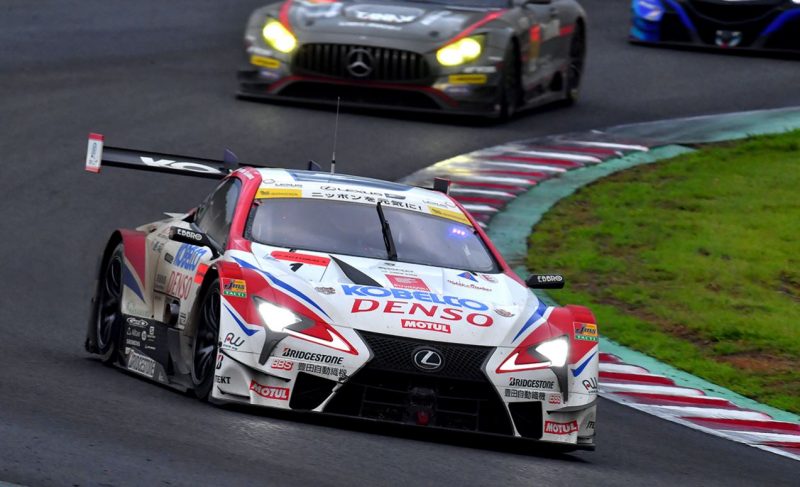 A dominant performance from Lexus saw it claim the GT500 class courtesy of Kamui Kobayashi and Heikki Kovalainen at Buriram in Thailand.

Lexus claimed the top four places, with Kovalainen moving from third into the lead of the race after chasing down Hideki Mutoh before passing him on Lap 19.

Kobayashi then finished the job, taking over from Kovalainen after 36 laps to lead to the flag.

Nick Cassidy and Ryo Hirakawa finished eighth in their own Lexus LC500.

The New Zealander drove from 12th on the grid to pit in eighth before his Japanese co-driver had to virtually do it again after a slow pit stop dropped them back to 11th.

Nissan took out the GT300 class with Katsuyuki Hiranaka and Hironobu Yasuba in a GT-R GT3, Nissan’s first win of the 2018 season.

Super GT next returns to Japan for a 500 mile race at Fuji Speedway on August 4 and 5. 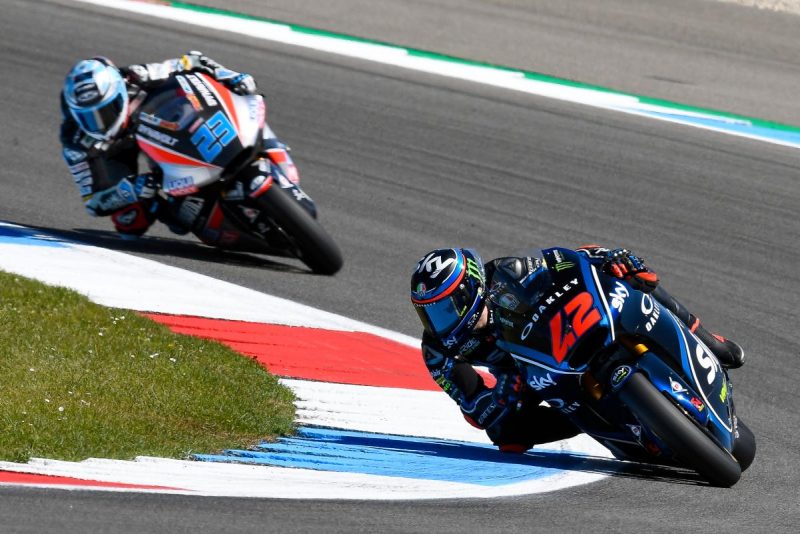 Francesco Bagnaia (VR46) took an all-the-way win in Assen which saw the Italian stretch his Moto2 championship lead from one point to 16.

Bagnaia had qualified on pole and was fastest away from the grid, riding to a 2.81s lead after 16 laps.

Lorenzo Baldassarri (Pons) then began to close the gap as the race moved into its final third, until he suffered a rear puncture.

Fabio Quartararo (Speed Up) passed Alex Marquez (Marc VDS) inside the final three laps and they went on to finish second and third respectively.

Miguel Oliviera (KTM) limited the damage to his title prospects by riding from 17th on the grid to finish sixth, and Remy Gardner (Tech3) started and finished 18th.

Jorge Martin (Gresini) also won from pole in Moto3, but after a far greater battle for the lead.

He therefore took over the points lead from Marco Bezzecchi, who went down on the final lap, with all three grand prix classes back in action for Round 9 at the Sachsenring on July 13-15. 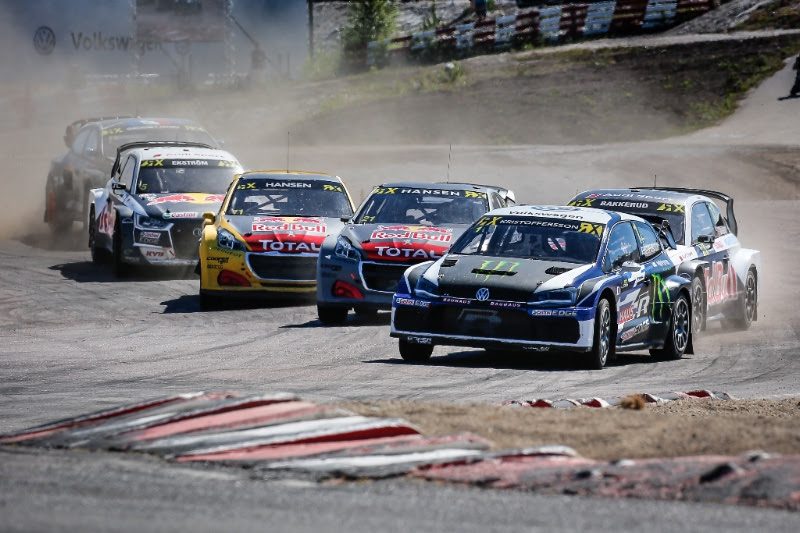 The Volkswagen driver has now extended his lead at the top of the points standings.

Mattias Ekstrom crossed the line in third but was handed penalty for ‘pushing and overtaking’ Hansen on the last lap, with the latter grinding to a halt at the penultimate corner.

Ekstrom was therefore relegated to sixth in the final, as Bakkerud’s strong results meant he climbs to second in the championship standings.

Round 7 of World Rallycross takes place in Canada from August 4-5. 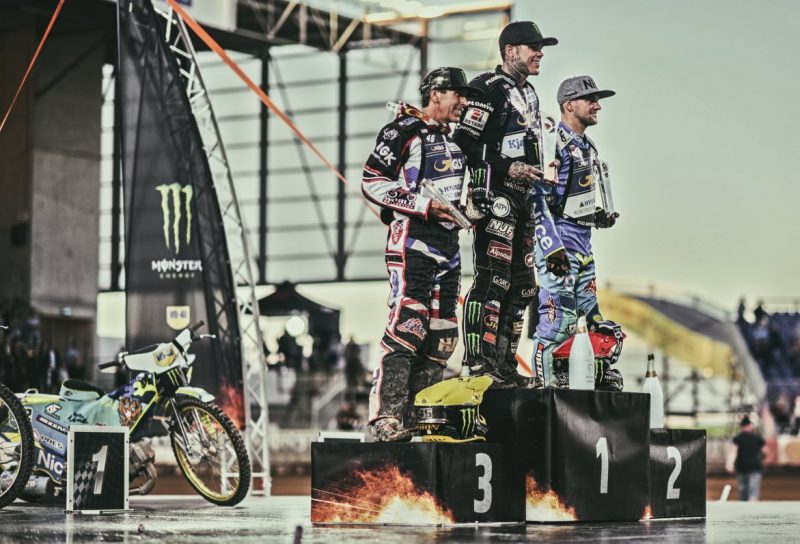 Tai Woffinden pulled in 18 points at the Danish Speedway GP in Horsens to move 10 points clear at the top of the championship.

Woffinden led from the gate in the Final while Hancock went around the outside of Turn 1 to hold Laguta in third, only to fall back to third by the chequered flag.

Fredrik Lindgren, who led the series heading into the event, failed to make it through to the finals and now sits second in the championship, which heads to Sweden for Round 4 this weekend.