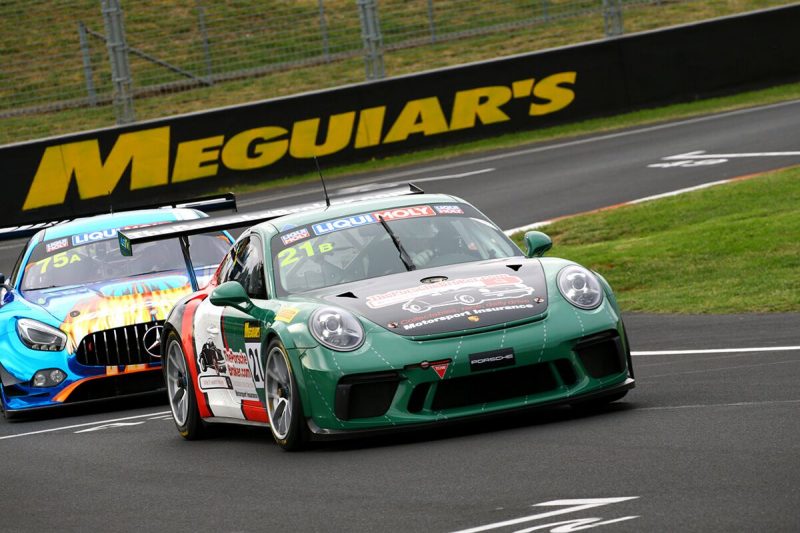 Organisers have confirmed a revised driver seeding structure will be used for the 2019 edition of the Liqui-Moly Bathurst 12 Hour.

For next year’s event changes have been made to Class A, which will remain split in to Pro, Pro-Am, and Am sub-classes.

Professional Class entries will now be limited to a maximum of three ‘seeded’ drivers, holding either a Platinum or Gold rating.

Pro-Am competitors will allow for two seeded drivers and either one or two additional bronze-rated drivers.

If a Pro-Am competitor elected to add a Silver ranked driver they would need to replace one of the car’s seeded drivers.

Meanwhile, only Bronze rated drivers will be able to compete in the Amateur class.

The amended structure brings the Bathurst 12 Hour more into line with other international GT events.

As that car was privately imported from the United States it is not eligible for competition in Carrera Cup Australia.

Traditionally, current spec GT3 Cup cars imported by Porsche Cars Australia have not been eligible for competition outside of the German marque’s flagship category, though in 2017 Porsche did allow the first generation ‘Australian’ GT3 Cup cars to compete after that specification car’s lifespan was extended to a fourth year.

“In contrast to Carrera Cup’s tradition sprint and endurance formats, this initiative will enable our customers to experience their 911 GT3 Cup race cars in a full endurance setting – including pit stops, co-drivers and providing more racing laps in their 911 race car separate to their Carrera Cup campaigns.

“Porsche has been the best-represented manufacturer in the past six Bathurst 12 Hour events and this announcement will no doubt further boost the brand’s presence at the Mount Panorama sports car enduro.”

The Porsche 991 Cup Car is elgible for Class B competition, with Porsche also represented in Class A with the 911 GT3 R, and Class C for GT4 machinery.