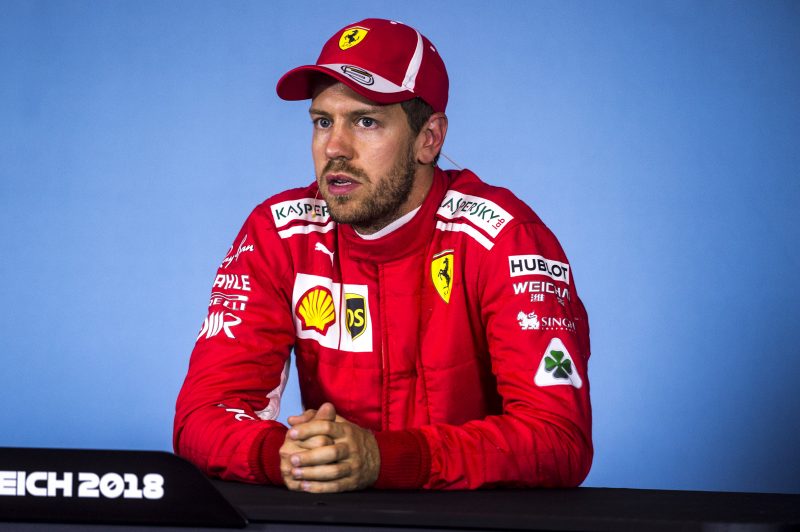 Sebastian Vettel has been issued a three-place grid penalty for impeding Carlos Sainz during qualifying for the Austrian Grand Prix.

The Ferrari driver was judged to have blocked Sainz on the exit of Turn 1 during Q2 when the Renault driver was beginning a final flying lap at the Red Bull Ring.

Sainz was forced to take avoiding action by running over the kerbs which damaged his front wing, although the incident did not prevent the Renault driver from progressing to Q3, where he secured ninth on the grid.

“It is the belief of the Stewards that notwithstanding the absence of a radio call, the driver of car 5 (Vettel), being aware of the issue of rear vision with his mirrors, should not have been so slow and on the racing line, during a slowdown lap in Qualification,” read a report from the stewards.

“Having reviewed all alleged impeding incidents since the beginning of 2016, the penalty of a drop of three grid positions is consistent with all other similar incidents.”

Vettel has also copped a penalty point on licence for his actions.