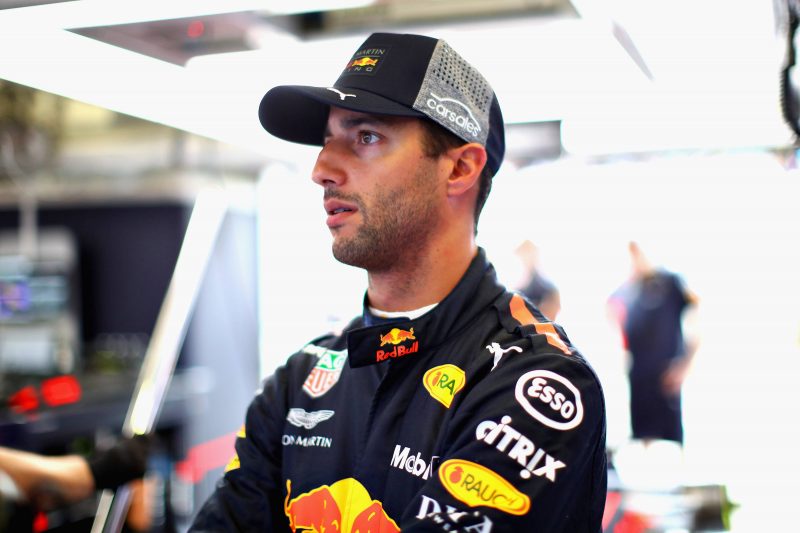 Daniel Ricciardo felt Max Verstappen’s tactics in qualifying were not ‘fair’ after the Australian suggested his team-mate failed to offer him a tow in qualifying for the Austrian Grand Prix.

Ricciardo was left clearly upset after qualifying only seventh for Sunday’s race, claiming he was disadvantaged by the Red Bull team’s strategy in qualifying.

At one point in the session the Monaco Grand Prix winner slowed which caused Verstappen to query the situation before his race engineer told him to pass his opposite number.

The Dutchman initially refused to overtake saying over team radio “No. Last weekend I was in front and now he is in front. Come on man”, before he eventually passed a disgruntled Ricciardo, who said ”I guess we are not going one for one,” when reporting back to the team.

Verstappen went on to qualify fifth, two spots ahead of an unhappy Ricciardo, who was beaten to sixth by Haas F1’s Romain Grosjean.

“I’m not too impressed to be honest,” Ricciardo told Sky Sports F1.

“We had three runs and I was just punching a hole for everyone and I think if you get one run fair enough, each… I am not that happy that is all.

“We could have been more fair,” he added when asked to elaborate on the situation.

Verstappen made light of Ricciardo’s complaints stating that team policy dictated that it was the Aussie’s turn to run ahead of him on the road.

“We always agree before the weekend who is going in front,” Verstappen told Sky Sports F1.

“I was going in front in Paul Ricard, he was going the race before that in front.

“So we just discussed that – this was his weekend to go in front. That’s how it is and, yeah. It’s very simple. Every run in Paul Ricard I was in front, so we have to do the same here.

“But if they say ‘you have to drive in front for all qualifying’, you have to do it. That’s what I did in Paul Ricard, so of course it’s Daniel’s turn here.

“Like I said, we always try to have the best possible position. But between us will be all good.”

The team protocol was affirmed by Red Bull team principal Christian Horner who claimed ‘there was nothing to explain’ to his drivers.

“We have a very simple policy here that has operated for the last seven years and it is that we alternate from weekend to weekend who drives out the garage first,” said Horner to Sky Sports F1.

“It is the only way to keep it scrupulously fair from circuit to circuit.

“This weekend was Daniel’s time to drive out the garage first ahead of Max and obviously he felt Max might be benefiting from that so that is why he backed up a bit.

“The drivers know explicitly every weekend it alternates. Last weekend, Max drove out first, Daniel would have followed him. Next weekend it will be the other way around.

“Even in the debrief, from weekend to weekend, it varies on who talks first. So it is the way to keep it as scrupulously fair as we can.

“They know the situation. There’s nothing to explain.”