Ricciardo: I should have aired qualifying concerns

Ricciardo: I should have aired qualifying concerns 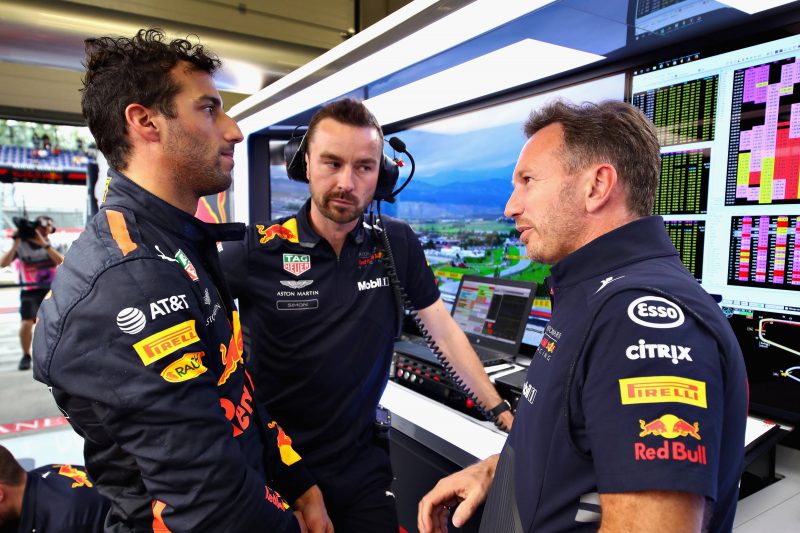 Daniel Ricciardo has admitted he should have discussed Austrian Grand Prix qualifying concerns with the Red Bull team prior to the session after claiming the squad’s tactics were not ‘fair’.

The Australian was clearly upset with team-mate Max Verstappen following the session for not offering him a tow during their Q3 runs at the Red Bull Ring.

Ricciardo deliberately slowed during the session in the hope Verstappen would overtake to give him a slipstream.

Verstappen was initially reluctant to pass before his engineer forced him to overtake which contravened a pre-organised team policy.

Red Bull alternates the track running order in qualifying between its drivers and this weekend it was Ricciardo’s turn to run ahead of Verstappen.

Ricciardo, who qualified seventh, felt he had initially been stitched up by the team before revealing that he should have raised the tow issue before qualifying.

“During the heat of it all, I thought so. I’ve had a few discussions since, with Christian (Horner) and with my engineer,” said Ricciardo when asked if he felt the team stitched him up.

“I had my concerns, but I probably expected some of that to have been obvious and I didn’t bring everything up before qualifying, thinking that it was just a bit more obvious than probably it was.

“I probably should’ve just talked about it more beforehand.

“I had concerns. I spoke a little bit with my engineer about it, but I guess as a team it wasn’t discussed so from their point of view once we got into Q3 and saw us playing cat and mouse they were like ‘what’s going on? No one talked about this so what are they doing?’

“But in my mind, it’s obvious what’s happening, isn’t it? Let’s give me a run where I’m getting a tow instead of giving everyone my tow.”

On reflection the Monaco Grand Prix winner says he understands why Verstappen refused to swap positions.

He also admits that had he been in Verstappen’s shoes it is unlikely a switch of track position would have occurred.

“I guess if we’d committed to it before, if we’d made it black and white before qualifying and said ‘alright on the third run, you’ve got to do this, Max’ then I could be a bit more upset,” Ricciardo added.

“We both knew what was going on but I guess the competitor in us is not wanting to give an inch. I’m not mad at him for that, that’s just how it goes.

“I guess not,” he said when asked if he would have switched positions had roles been reversed.

“We obviously both don’t want to give an inch. Fair enough. We both want to beat each other.

“So I was like ‘OK, can the team step in and swap us or send him out first or something?’ That’s where I was frustrated because I knew the mind games in a way.

“As long as I kept getting sent out first, it wasn’t going to change. What seemed obvious for me at the time was probably a bit chaotic on the pitwall.”

Verstappen will start today’s Austrian Grand Prix from fourth with Ricciardo back in seventh spot.

Listen in on the @redbullracing airwaves as confusion reigns during qualifying at the #AustrianGP 🇦🇹 #F1 pic.twitter.com/uQ7NDsrPzA