Rolling starts for F2 due to clutch issues

Rolling starts for F2 due to clutch issues 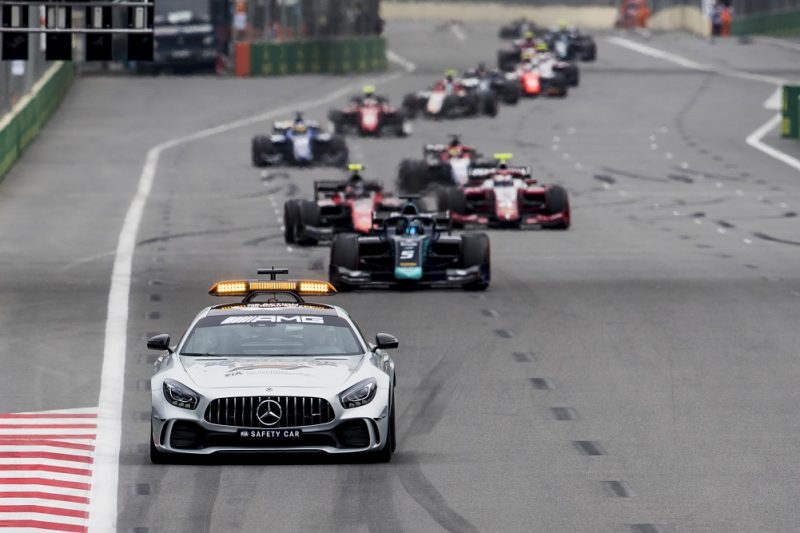 Formula 2 will feature rolling starts for the next two rounds

Formula 2 races will run with rolling starts for the next two rounds after a succession of start line problems due to the new car’s tricky clutch.

Difficulty getting cars away from a standing start has been one of a raft of technical problems experienced this season.

Championship leader Lando Norris stalled at the start of the Feature Race last time out at Paul Ricard, while his nearest rival George Russell was pushed off the grid when he developed a throttle problem before the start of the Sprint Race.

Drivers were instructed to undertake practice starts during Friday practice for this weekend’s round at the Red Bull Ring, during which Nicholas Latifi and Louis Deletraz both stalled.

With F2, like Formula 1, in the middle of three consecutive race weekends, officials have decided to implement rolling starts for the races in Austria and next weekend at Silverstone.

“Following issues experienced on the starting grid at Le Castellet where some cars stalled at the start, modifications were implemented to the starting procedure for this weekend at Spielberg,” read a statement issued by F2.

“A practice start session was added at the end of today’s Free Practice from which data was analysed. The Formula 2 organisers then provided the FIA with these data and conclusions to assess the appropriate way forward.

“As the 2018 F2 season is currently in the middle of a triple header where making validated changes is difficult, the FIA has decided that for safety reasons the Formula 2 formation laps of Rounds 6 and 7 at Spielberg and Silverstone will start behind the Safety Car and follow procedures set out in Article 39.16 of the F2 sporting regulations.

“The Safety car will lead the grid at the start of the formation lap, complete one lap and return to the pit lane. During the lap the teams will be informed that there will be a rolling start and ‘RS’ will be displayed on the track light panels. At this point, the lights on the Safety Car will be extinguished and the leader may dictate the pace. The race will start when the first car crosses the line.”

Championship CEO Bruno Michel said that the decision was the best compromise feasible at the time.

“This is not an ideal situation, but the drivers’ safety is a top priority,” said Michel.

“As we do not have the time to test and properly validate a permanent fix to the starting issues what the FIA has decided is definitely the safest decision.

“This will also give us enough time to work on a solution to the problem and return to a safe and normal situation for Budapest and the remaining of the season.”