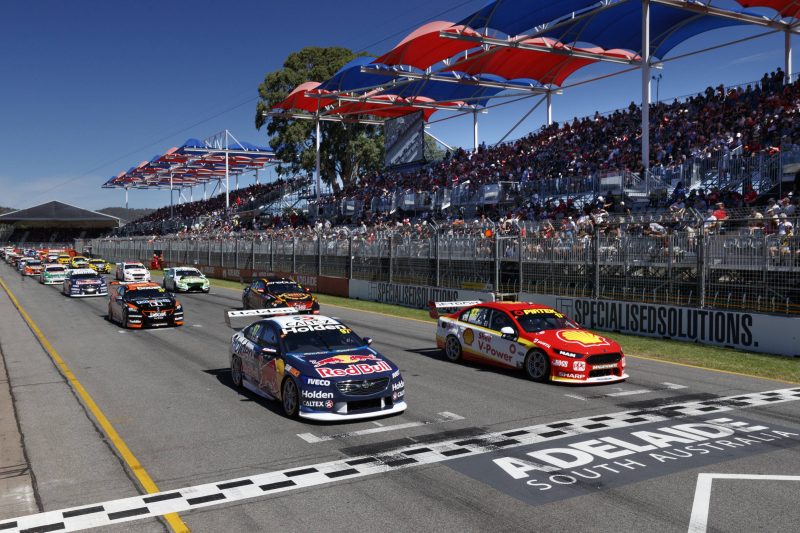 The Adelaide 500 will kick off the 2019 Supercars season

The Adelaide 500 will kick off the 2019 Virgin Australia Supercars Championship following confirmation from event organisers.

The announcement is the first part of the 2019 Supercars calendar which the championship hopes to reveal in September.

As reported earlier this week, the series is currently working through possible schedule options with teams and media partners.

The event will carry a new weight of expectation next year by acting as the race debut for the all-new Ford Mustang Supercar, which is currently being developed for 2019.

“As one of the country’s largest and most successful major events, the Adelaide 500 is one of the standouts of our racing season each year,” said Supercars CEO Sean Seamer.

“The incredible range of entertainment on and off track as part of a month of festivities in Adelaide sets it apart as a great celebration for the city.

“The return of the iconic Mustang will only add to this incredible event.”

The launch of the  Mustang is expected to create increased exposure for Adelaide according to Minister for Trade, Tourism and Investment, David Ridgway.

“Rivalry on the racetrack is all part of the beauty of motorsport and we expect the active return of Ford will bring out some passionate drivers and spectators to our city circuit,” Minister Ridgway said.

“The biggest motorsport and entertainment events belong right here in SA – retaining the coveted season-opener is great for the State.

“We are delighted to announce race dates for 2019 and look forward to welcoming fans from all over to witness racing history.”

The Adelaide 500 enjoyed a 10 percent rise in spectator numbers this year compared to the 2017 edition as more than 273,000 poured through the gates to celebrate 20 years of the event.

The support bill for next year’s season opener is yet to be announced.