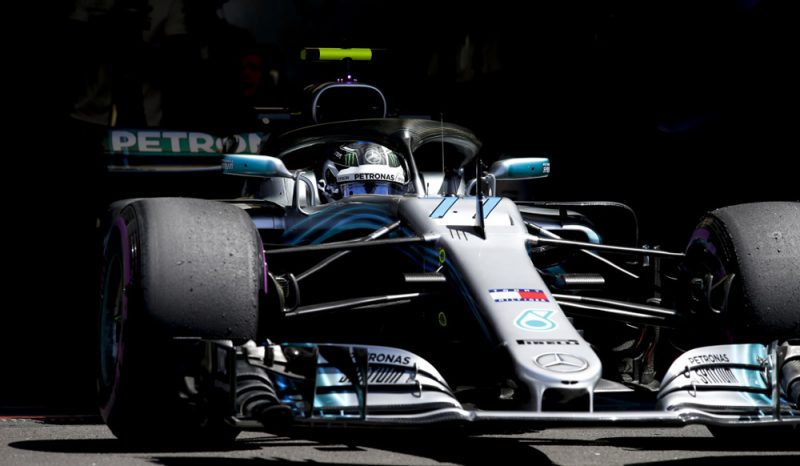 Mercedes is set to debut an upgraded aerodynamic package at this weekend’s Formula 1 Austrian Grand Prix at the Red Bull Ring.

It follows the introduction of a new power unit in France, which had been delayed by one event after reliability concerns on the dyno.

“I hope it’s a significant difference this weekend and I hope that it helps us,” Lewis Hamilton said of the upgrade.

“I’m excited. We haven’t really bolted anything to the car this year.

“The development race is always tight and I think up until now, we haven’t had a lot of development parts on the car.

“I’m aware the guys are working harder and harder to ensure we bring quality rather than quantity so it’s great to see some new bits this weekend, excited to try them on track.”

Both Hamilton and team-mate Valtteri Bottas will sample the new bodywork during opening practice on Friday, with Bottas equally enthusiastic about the package.

“Of course we’ll have to find out but it’s a decent upgrade that was very much needed like any small gain this year and I’m looking forward to trying it out,” said Bottas.

“Now between Ferrari and us, the margins are very, very small.

“In the past few years, Mercedes had really good engines but now every small gain is important.

“I’ve just seen the car and there were quite a few new bits on the car, which is always interesting as a driver to try for the first time.

“We need to confirm it works as it should, work on the set-up and unlock all its potential,” he added.

“We hope we have been able to make a performance gain again this weekend, but that’s something we need to prove.”

A third of the way into the 2018 season, Mercedes heads the constructors’ championship from Ferrari by 23 points, and has scored three wins courtesy of Hamilton.