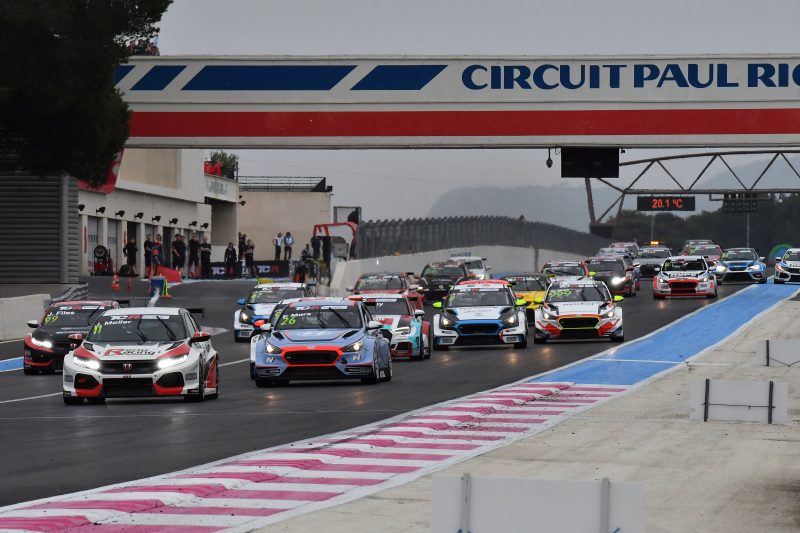 TCR is proving a growing force in Europe

Manufacturers are closely following the development of TCR Australia as they weigh up whether to commit to the new touring car series planned for next season.

The prospect of a TCR series joining the Australian motorsport landscape next year is gathering momentum with new promoters the Australian Racing Group (ARG) in the final stages of agreeing a contract to run the category.

The arrival of the growing TCR touring car platform in Australia offers manufacturers a potential new avenue to explore.

Audi and Hyundai were among the first to show interest when CAMS signed a five-year agreement with TCR in January as previously reported.

Tentative talks have been held with Audi Australia while Melbourne Performance Centre has acquired the rights to run Volkswagen Audi Group cars.

Audi sent an example of its RS3 car to Australia last year which has remained in Melbourne.

Hyundai has discussed the series with CAMS and has identified the class as a way of leveraging its i30 N road car of which a race version currently competes in other TCR series. A Subaru TCR machine heads a Hyundai i30 at Paul Ricard

The Korean brand is yet to make any commitment.

Audi and Hyundai have been joined by Subaru which is also keeping a close eye on the development of TCR Australia.

While unable to comment on any possible plans or wishes to commit to the category when asked by Speedcafe.com, the company is interested and following TCR Australia’s progress.

Subaru is already actively involved in the national motorsport scene with an Australian Rally Championship program for Molly Taylor, who is under contract to compete for the brand.

Taylor has indicated a wish to race touring cars should the right opportunity emerge having attracted attention from Holden regarding a future Supercars drive earlier this year.

Renault says it has no plans for any involvement in the series at this stage along with Alfa Romeo, while Honda has offered the same stance but is open to providing support to privateer Civic Type R TCR entries.

“We have an exceptionally capable and highly competitive car in the Civic Type R, which is setting track records all around the world, so we are aware of the potential for us in this space,” said Honda Australia director Stephen Collins in a statement to Speedcafe.com.

“However, at this point in time we have no current plans to enter any new or existing motorsport categories locally.

“We could consider parts or technical support for select privateers, but again, nothing is planned at this stage.”

Meanwhile, Holden and Ford are yet to respond to Speedafe.com.

TCR Australia is still yet to reveal its calendar, which is likely to play an important role for manufacturers when assessing plans to commit to the new class.

It is thought the series is targeting a 50/50 split of events on the Shannons Nationals and Supercars support bill.

The category has made informal contact with Supercars but is yet to hold any discussions regarding a possible place on the undercard.

A target market is yet to be made clear by the category with drivers expected to spend $200,000 to purchase TCR machinery.