Ricciardo: ‘only something to gain’ in next F1 contract

Ricciardo: ‘only something to gain’ in next F1 contract 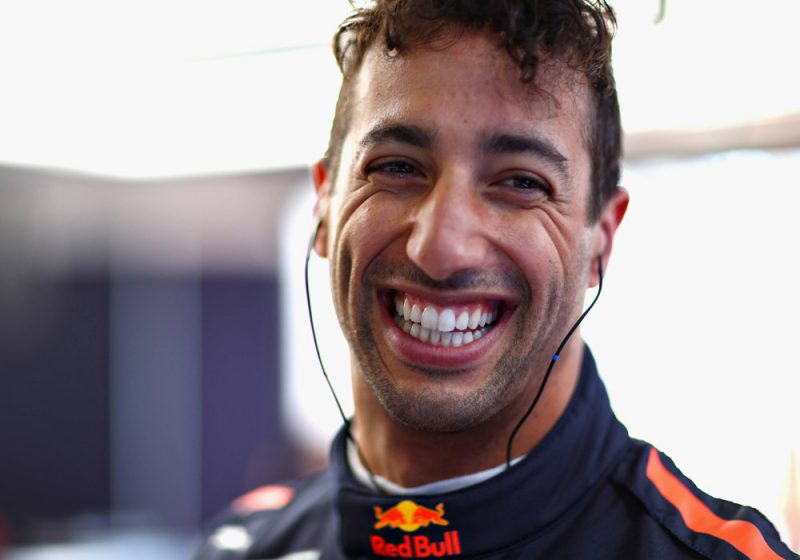 Daniel Ricciardo believes he can only gain as he prepares to sign his next Formula 1 contract.

The Australian’s current deal with Red Bull expires at the end of the season, making him one of the key players in the driver market.

Previously he’s been linked with moves to Mercedes or Ferrari, and more latterly even McLaren or Renault, though could also stay put at Red Bull.

Speaking over the French Grand Prix weekend, Ricciardo admitted that contract talks were expected to ramp up this week as he makes what he believes is the second biggest decision of his career.

Despite the stakes, the 29-year-old believes he has little to lose with his next deal regardless of the decision he makes.

“The only way my career takes a step back is if I stop performing,” he reasoned.

“Obviously if I just came off three world titles and gone to a team that’s only coming fifth, that’s probably a step back.

“But because I’ve been floating around that top three, top five mark for the last few years, there’s probably not really a step to take back unless I stop performing.

“So I don’t really fear that; for me there’s only something to gain, I’ve just got to figure out what place that is to make that gain.”

Heading into the French Grand Prix last weekend it was reported McLaren had tabled a deal worth $20 million a year.

While a paycheque that sizeable would rank him among F1’s top earners, Ricciardo is interested in more than just money.

“I said it from the start, the priority is to try and get a car that can win a world title because I really believe I can, so that’s the first thing in my mind,” he explained.

“If there was absolutely no possibility then you look into other things, but I think as a driver I think I’ve done enough now.

“Even Lewis (Hamilton) touched on it, and I didn’t even need to really say it, your value as a driver is not ‘X’ amount of money, it’s just what you feel your value is and what you bring to the sport.

“I feel I hold a certain value so I just want to at least match that with my expectations and what also people value me as.”

While his next contract could be the one which delivers him his first real shot at a world championship, Ricciardo still suggests the decision to chase his F1 dream was a far bigger call.

“The most difficult was leaving Australia and actually going to Europe when I still didn’t know what my talent was,” he said.

“I didn’t really believe that I was good enough, so that was probably a trickier decision.

“So this will probably be the second-biggest. It’s big enough!”