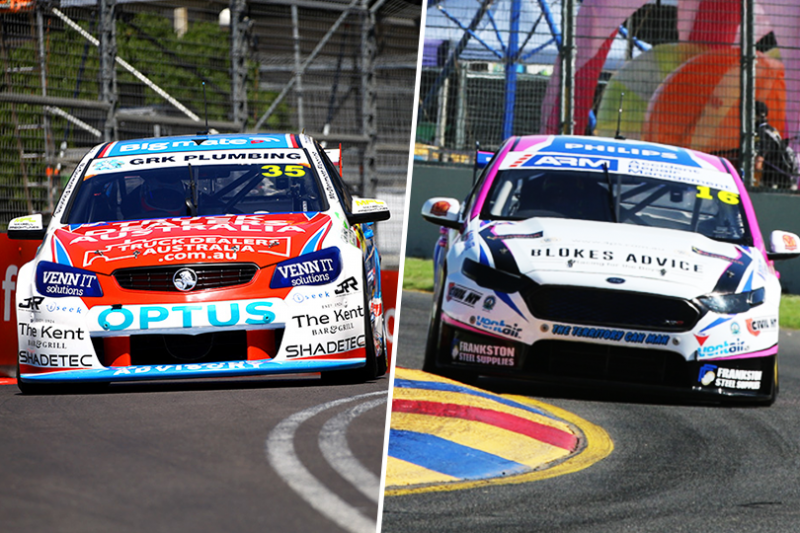 MSR and Hazelwood together made the step up to the Virgin Australia Supercars Championship after winning the second-tier Supercars series last year.

The Queensland team also bought a pair of FGXs from DJR Team Penske to run for Hazelwood and new signing Fullwood in the Championship and Dunlop Super2 Series respectively.

MSR’s drivers stand 23rd and 13th in their respective campaigns, the latter with one top 10 race finish to his name at Adelaide.

Fullwood tested at Queensland Raceway yesterday but had little meaningful running due to showers which left the circuit damp in the morning and ‘green’ in the afternoon.

MSR has run both the FGX and VF Commodore in Super2 this year but is set to run just the one entry in Townsville, allowing the Darwin native to make what is currently a one-off switch of hardware.

“As a team, we’re struggling a bit to understand the set-up of the Ford, and we haven’t quite got on top of it,” team owner Matt Stone told Speedcafe.com.

“Although the cars are similar, the set-up is slightly different with the rules (which vary between Championship and Super2).

“We’ve decided for Townsville to put Bryce in the Super2 car from last year which we have a very good understanding of, and focus our developments on getting an understanding of the main game set-up of the Ford for Todd.”

Stone also expanded on the decision to postpone the test which Fullwood would also have taken yesterday, for which the team cited a desire to conduct development work away from the race track.

“It’s quite a different set-up philosophy to what we’re used to and we don’t have experience with it and we’re just playing catch-up really,” he said of the FGX Falcons.

“On the topic of Todd’s car, we opted not to test just to try and change a few things in the set-up of the car to give us a better understanding leading into Townsville.”

Hazelwood swept the North Queensland Super2 round last year with the Sunday Armor All Pole and two lights-to-flag wins, his first round win in the series.

He went on to clinch the title in what was then the Bigmate Racing Commodore on the streets of Newcastle.

Fullwood is in his first season with MSR and will drive a fourth model of car inside two seasons at Townsville.

He began his last year with MW Motorsport in a previous generation FG Falcon before joining his then-team-mates in a Nissan Altima on his way to 11th in the standings at year-end.

Fullwood, who won the Aussie Racing Cars round and swept the local Commodore Cup class on the support bill of this month’s CrownBet Darwin Triple Crown, will make his Supercars Championship debut alongside Hazelwood in the upcoming Pirtek Enduro Cup.

The Watpac Townsville 400, featuring Round 4 of Super2, takes place on July 6-8.