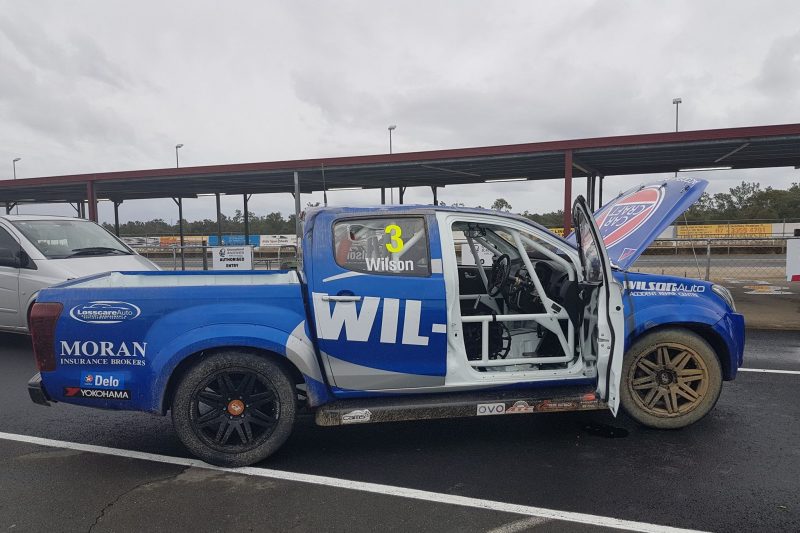 The Isuzu D-Max behind the pits after the incident

The Steve Wilson Racing Isuzu D-Max has rolled during a test day at Queensland Raceway with Tyler Greenbury behind the wheel.

Speedcafe.com understands that Greenbury, who was set to drive the D-Max in Townsville, aquaplaned on the damp surface at Turn 3.

It is believed that he slid off the road and tripped on the gravel trap, rolling the car three times before it came to rest on its roof.

Speedcafe.com has been in contact with Greenbury since the accident, who is thought to have not been seriously injured.

According to Supercars‘ official website, however, the car has been withdrawn from Round 3 of the ECB SuperUtes Series in Townsville in just over a week’s time.

It will be the second round that the D-Max has missed after engine homologation challenges prevented it from taking to the grid for the inaugural round in Adelaide.

Greenbury had started the year in the Dunlop Super2 Series but a sponsorship deal failed to materialise, leaving him on the sidelines after two rounds.