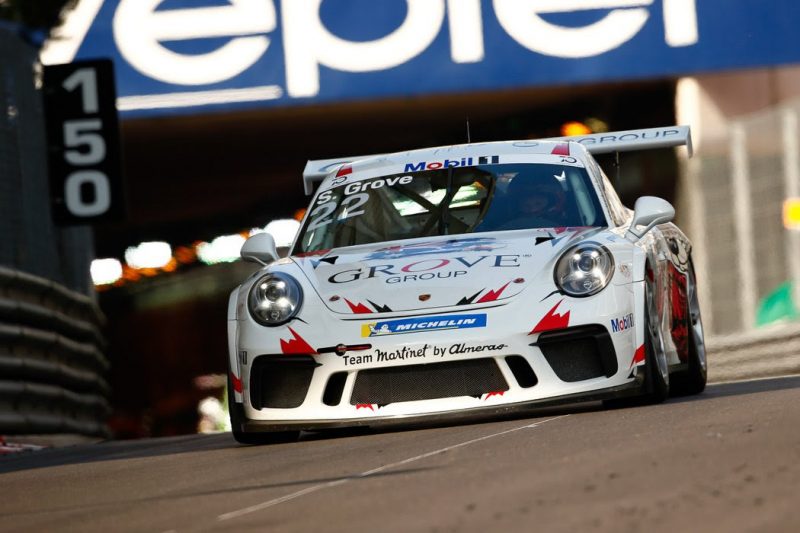 Stephen Grove will return to the Porsche Supercup ranks at the German and Hungarian Grands Prix next month.

Grove made both his series and Monaco debut last month, finishing 22nd outright and fifth in the Pro-Am class with Pro GT by Alméras.

He will reunite with the French team for the races at the Hockenheimring and Hungaroring.

“I’m really excited to add all these overseas races to my calendar,” said Grove, who made starts in Carrera Cup Asia and Carrera Cup France last year.

“They are quite unique experiences in that I’m adapting to new environments as such and new race tracks as well – it’s very different to racing back in Australia.

“Hockenheim and Budapest (Hungaroring) are two tracks I don’t know, but I will have the same engineer for those two rounds, whereas in Monaco I had someone different, so that will help the continuity.

“The risk versus reward is a lot different at those two circuits; they have a lot more run off because they are more traditional tracks so I’ll be able to push a little more.”

Porsche Supercup runs at Hockenheim on July 20-22 and Hungaroring on July 27-29.

Grove will therefore race on three consecutive weekends with the next round of Carrera Cup Australia supporting the Red Rooster Sydney SuperNight 300 on August 3-4.