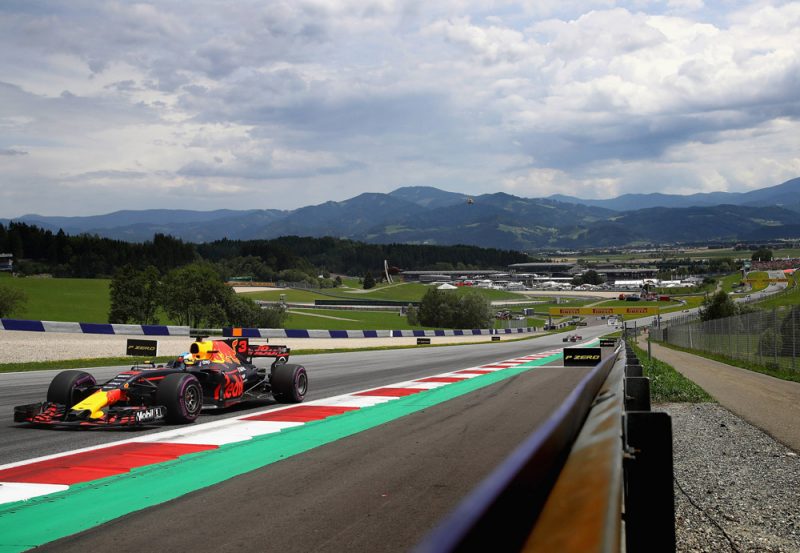 An extra DRS zone has been added in Austria

An extra DRS zone has been added for this weekend’s Austrian Grand Prix to make for a total of three on the 4.3km circuit.

The FIA initially planned just two zones, along the front straight and between corners three and four, but had since added another from the exit of Turn 1 to the braking zone at Turn 3.

The detection point for the new zone is towards the end of the front straight, just before cars begin braking into the 140km/h first turn.

Throughout the 2018 season the FIA has experimented with additional DRS zones, including at Canada which featured a DRS zone between turns seven and eight for the first time.

It’s hoped the additional DRS zone in Austria will enable cars to close up on the approach to Turn 3, which has traditionally been one of the key overtaking places on the Red Bull Ring.

Practice for the Austrian Grand Prix begins on Friday at 1900 AEST.