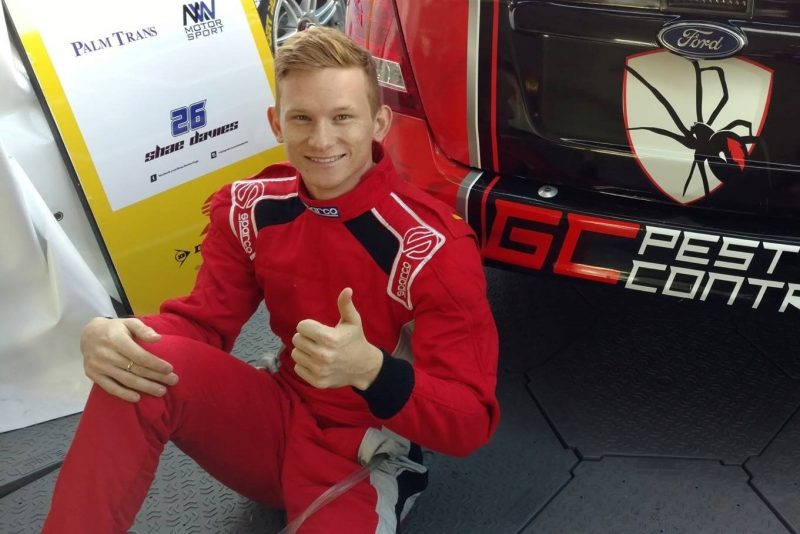 Reality television show winner and former Super2 driver Jesse Dixon has returned to the talent search arena in a bid to revive his motorsport career.

Dixon came to prominence as the winner of the 2012 series of Shannons Supercar Showdown, earning a start in a Kelly Racing wildcard entry in that year’s Supercheap Auto Bathurst 1000.

That drive came off the back of a part-time V8 Ute Racing Series campaign before running full-time in V8 Utes in 2013 and 2014.

A step up to the Dunlop Super2 Series followed in 2015 but his season was curtailed by lack of funds prior to the Bathurst 250km race.

Dixon has not raced at all since making a one-off Super2 appearance with MW Motorsport at Adelaide in March 2016.

He has now entered the Aussie Driver Search in a bid to win a funded drive in next year’s Super2 Series, qualifying for the final at Wakefield Park on December 11-12.

The Adelaide-born driver has also progressed to the final of the GT section of the competition, in which a drive in an Australian Endurance Championship round is on the line.

“I haven’t raced since (Adelaide in) 2016, so over two years, and the opportunity that Aussie Driver Search are giving is absolutely massive.

“I haven’t seen anything like this before so I had to jump on the opportunity and it’s a really well-run program.

“It’s good to get my bum back in some fast cars, and fingers crossed I can do a good job and take it out.”

ADS’s Pro competition car is a previous era Tickford Racing-built FG Falcon, similar to that which Dixon raced with MWM.

However, the now 26-year-old says that it still took him some time to reacquaint himself with a Supercar during his recent run at Winton.

“It was a lot of fun. (I was) a bit rusty, to be honest, but (I was) studying lots of footage and whatnot from back in the day,” explained Dixon.

“It’s good to get back into it and just feel the power and the grip and try to calibrate yourself to the car again.”

Also attempting to return to the driver’s seat via ADS is former Nissan GT Academy winner Matt Simmons, who has made the final of the Semi-Pro competition in a bid to win a $150,000 racing budget.

Dixon combined with Showdown’s first-season winner Cameron Waters in the 2012 Bathurst 1000 when they finished 20th, three laps off the pace, in an ageing Commodore run predominantly by rookie team Minda Motorsport.

Waters has gone on to drive for Tickford in the Virgin Australia Supercars Championship, having won the Super2 Series with the Campbellfield outfit in 2015.