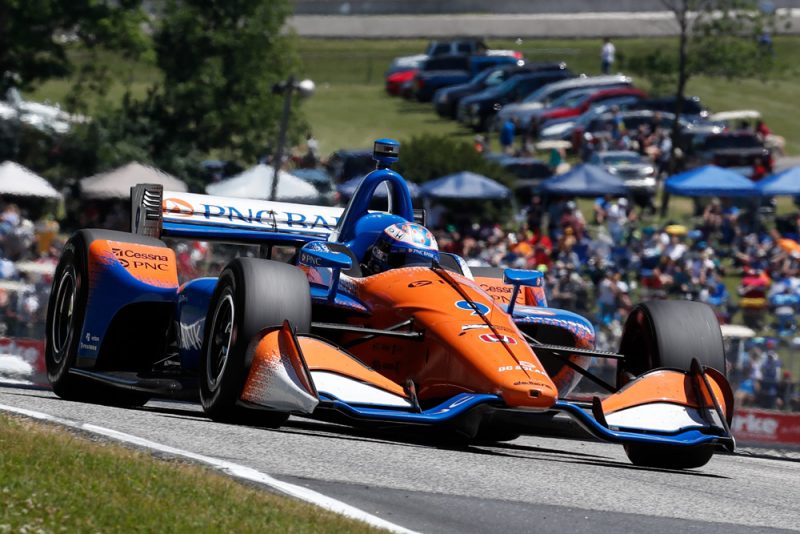 Scott Dixon remains coy regarding the rumours linking him to a prospective McLaren IndyCar assault after confirming he has been in contact with team boss Zak Brown.

McLaren is currently weighing up a potential program in the United States from 2019, with Dixon and Fernando Alonso mooted as drivers for the operation.

Alonso, currently racing for the Woking-based team in Formula 1, harbours ambitions to win the Indianapolis 500, an event Dixon won in 2008, in addition to his Monaco and Le Mans victories.

Heading into the Road America event last weekend Dixon was linked with a possible move away from Chip Ganassi, with whom he is out of contract at season’s end.

The New Zealander has since confirmed to Autoweek that he has been in contact Zak Brown though was coy about any potential move.

“We constantly talk to other people, but it’s not in a situation where we are shopping around or looking to move,” Dixon said.

“I have known Zak since 1999, when he was running ‘Track Attack,’ so I have known the guy for a long time.

“I speak to him on a frequent basis, but that has been the same for many years.”

“There are always going to be talks and whenever there is a season where a few guys have their options up, it will spark talk,” Dixon added.

“With new teams coming in, it sparks it even more.

“For me, it’s about this season. We are really focused on trying to win this championship. The other stuff is away from the track and there is nothing really there at the minute. I’m a little surprised by all of the talk so far.”

The 37-year-old joined Chip Ganassi in 2002 after a year at PacWest Racing, then competing in the CART series, and has remained with the team ever since.

In that time he’s won four IndyCar Series titles, and currently heads the 2018 standings with two wins, a second, and two third places.