POLL: Where will Ricciardo race in 2019?

POLL: Where will Ricciardo race in 2019? 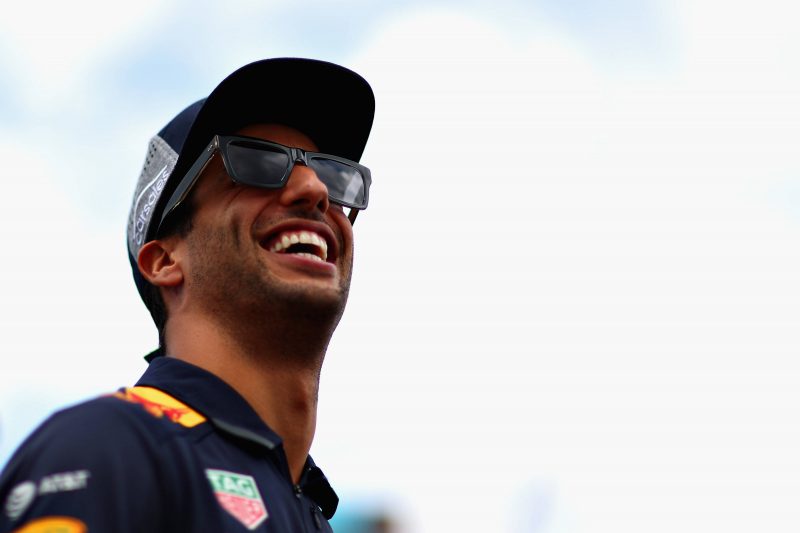 Speculation surrounding Daniel Ricciardo’s Formula 1 future is continuing to ramp up as he edges closer to making arguably the biggest decision of his career to date.

The Australian has become the key player in the F1 driver market with the Red Bull ace currently contemplating his options for 2019.

Ricciardo has been linked to a possible move away from the Red Bull organisation that has so far nurtured his rise through the junior ranks to the sport’s pinnacle, which has yielded seven race wins to date.

Events of last week have thrown another twist to the question of where he will end up next season.

Ricciardo has been linked with F1’s top teams Mercedes and Ferrari with both their number two drivers Valtteri Bottas and Kimi Raikkonen also out of contract at the end of the year.

However, it appears hopes that the Perth driver will join Ferrari have died down with reports at last weekend’s French Grand Prix suggesting current Sauber F1 driver and Ferrari rookie Charles Leclerc is now favourite to take the seat.

It has been reported that Ferrari was seriously looked into the prospect of signing Ricciardo but his price tag was too high when combined with incumbent Sebastian Vettel’s salary.

However, the team is yet to confirm its stance on its drivers for next year.

Mercedes is also waiting to announce its driver line-up although Lewis Hamilton stated last month he thought it would be ‘unlikely’ for the team to sign the Aussie.

Red Bull has made it clear it wishes to retain Ricciardo while team principal Christian Horner expects his star man to stay at the Milton Keynes operation.

However, the Aussie will have plenty to contemplate following the team’s decision to ditch Renault engines in favour of the as yet unproven Honda units for next year.

McLaren and Renault have emerged as possible options for Ricciardo with the former reported to have tabled a huge offer to lure him away from Red Bull.

Both squads are not currently in a position to challenge for world championships, which the 28-year-old has made a key part of his criteria for his next move.

Although the possibility of building a team around himself at McLaren or Renault, in a similar move to that which Hamilton made when he left McLaren for Mercedes in 2013, has been positively received by the Aussie.

Ricciardo revealed at the French Grand Prix that he expects discussions regarding his future to ramp up this week ahead of the upcoming Austrian Grand Prix.

What do you think? Where will Ricciardo end up for 2019?