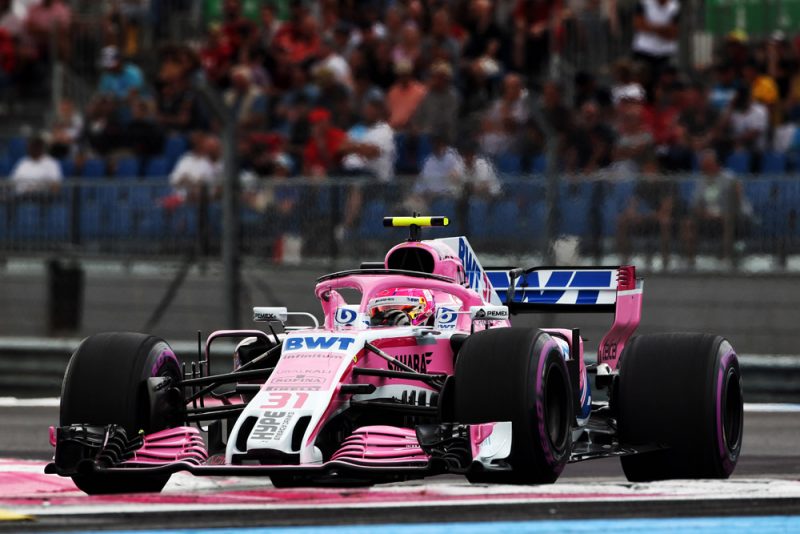 Esteban Ocon and Pierre Gasly have been reprimanded following the chaotic opening lap to the French Grand Prix that saw both of them retire from the race.

The pair came together midway through the lap, with Gasly losing the back end of his Toro Rosso and sliding into the Force India.

It followed on from contact off the start for Ocon with Romain Grosjean, leaving the Force India sparking prior to the clash with Gasly.

Having reviewed the incident, stewards elected to come down on the pair of them, stating the pair were ‘optimistic’.

“The driver of car 31 (Ocon) was optimistic in his move from the left of the track across to the apex of the corner.

“The driver of car 10 (Gasly) was also overly optimistic in his late braking into the corner.

“The Stewards are of the view that both drivers made errors which contributed to the collision.”

Following the race Gasly pointed the finger at Ocon, suggesting the Frenchman didn’t see him shaping up for a move at Turn 3.

“He came completely from the left, he didn’t see me, and he came across the track to take the apex. I didn’t have anywhere to go so I couldn’t avoid a collision,” he explained.

“I saw that he hadn’t seen me and he was going to cross completely to the inside, so I tried to brake even more.

“I could see already what was going to happen. I tried to cut as much on the inside as possible but I couldn’t disappear.”

The opening lap saw a spate of penalties handed out, with Sebastian Vettel slapped with a five second penalty for turning around Valtteri Bottas at the first corner. 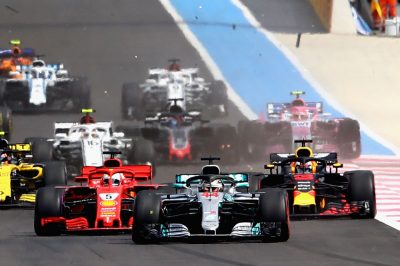 Ocon and Grosjean come together off the start

Grosjean also picked up a five second hold in his stop for his squeeze on Ocon off the start, the Force India driver believing the incident would have been terminal had he not tangled with Gasly later in the lap.

Along with the time penalty, the Haas driver was given two penalty points on his license for the incident.

“I was alongside Romain, I had one wheel already over the white line so I was already on the edge of the track,” Ocon said of the incident.

“There was nothing, nobody on the (other) side of Romain and I got a massive hit, so from that I think I would’ve retired already.”

Grosjean ended the race in 11th, the first car a lap down, while Vettel climbed back to fifth despite taking a second stop late in the race.