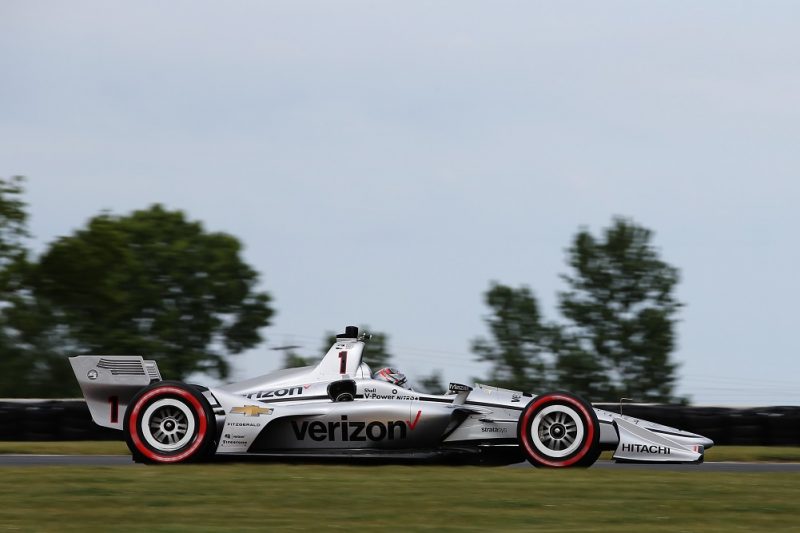 Josef Newgarden has edged Team Penske team-mate Will Power to pole at Road America by less than 0.05s.

Alexander Rossi threw down the challenge to the two Penske drivers in the Fast 6 when he went two tenths faster than the field on his first flyer.

With the chequered flag out, Power clocked a 1:43.2508s to go from fourth position back to the top in the #12 Chevrolet.

Honda-powered cars filled out the rest of the Fast 6, including an all-Andretti Autosport second row.

The order on that row was reversed after the chequered flag, however, with Car #28 of Ryan Hunter-Reay also jumping Rossi and Car #27.

Power only just made the final phase of qualifying having been sixth and only 0.0363s faster than next-best, namely Takuma Sato (#30 Rahal Letterman Lanigan Honda), at the end of the preceding segment.

Simon Pagenaud (#22 Team Penske Chevrolet) could only manage 14th, with James Hinchcliffe (#5 Schmidt Peterson Honda) starting directly behind on the next row.