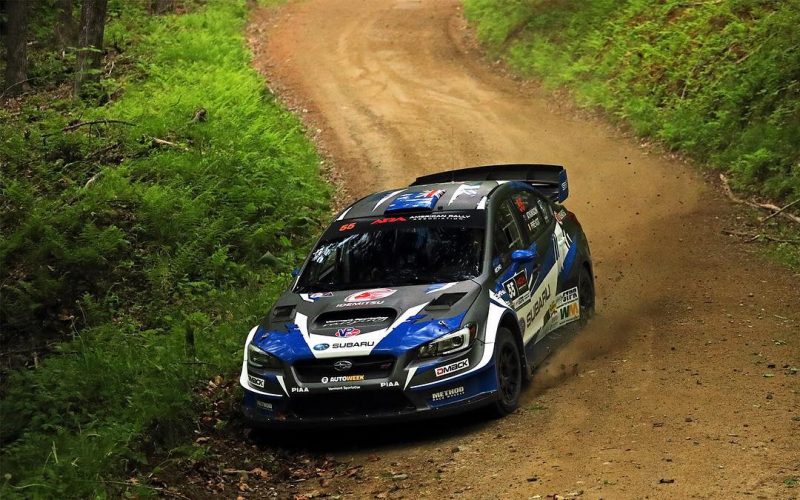 Do you consider yourself a genuine car enthusiast? If you frequent this particular website, you most likely do.

Next question then. Do you left-foot brake?

You see, there seems to be two types of modern-day car enthusiasts: those who adore having three pedals and wholly embrace the art of mastering the operation of all three at once; and those more enamoured with the speed in which their car’s paddle-shifted automatic transmission can change gears for them.

Whichever camp you sit in though, the occasional use of the brake pedal is still often required.

For the uninitiated, left-foot braking is, broadly speaking – you guessed it – using your left foot instead of your right, to apply pressure to the brake pedal.

Simple enough in theory, if you’ve ever tried it before, you’ll know nailing it the first time is more difficult than you might’ve thought – most of us are far more accustomed to using our left foot to completely depress the clutch pedal, rather than finesse the brake.

Left-foot braking can indeed be well worth learning however, and here’s why…

“For me, it depends on the car and the style of driving,” says Rallycross driver, and former World Rally Championship (WRC) driver, Chris Atkinson.

“Do I left-foot brake? Yes… most of the time.

“I always left-foot brake when rallying and in rallycross to help with balancing the car on loose surfaces, and to give me a slightly quicker reaction time.

“I use the brake – and even the throttle a bit – to set and adjust the angle of the car prior to the corner.

“On loose surfaces, you want the car in the position you want to exit the corner, almost before you get to the corner.

“That’s why on rally cars you usually see the wheels pointing straight before the car has even reached the apex.

“The steering wheel is more like a rudder, just giving you the general direction, and you use the brake and throttle to do a lot of the steering.

“In the past, before good anti-lag systems became the norm, ‘real’ left-foot braking – where you load the brake against the throttle – was used to help keep the boost up in turbo cars. Also, sometimes in very slippery conditions, you can use this technique as a form of traction control as well.”

The son of Australian rally royalty – four-time ARC champion, Neal Bates – 23-year-old Harry has been rallying since 2014, while also dabbling in circuit racing via the Australian Toyota 86 Racing Series.

“In my experience, left-foot braking is very important in rallying and on gravel,” Bates says.

“They aren’t able to finesse the car into a corner as easily, and their ability to make adjustments is slightly hampered by the time it takes to switch between pedals.

“To give you some indication of the importance of left-foot braking in our sport, the last rally driver to be World Rally champion and use his right foot for braking, was Didier Auriol back in 1994. Every world champion since has been a left-foot braker.”

But what about away from the loose and unpredictable surfaces of rally and rallycross stages?

“In circuit racing, I could drive either way,” Atkinson says.

As for Harry Bates… “When I’m on the road, I brake exclusively with my left foot when driving an automatic car – it just feels the most natural to me. When I’m driving a manual car though, I right-foot brake 90 per cent of the time.” 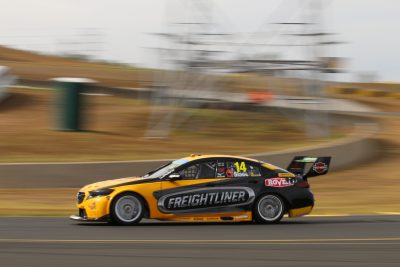 “I think right-foot braking is better suited to Supercars, as they are quite pitch- and input-sensitive, and that ‘roll’ time you have between throttle and brake when you right-foot brake, can help in keeping the car more settled,” Slade says.

“I can’t think of one person in the last 15 years at least that has won the (Supercars) championship left-foot braking.”

“Left-foot braking uses more fuel, as you will generally be on the throttle for longer before braking.

“Using the clutch whilst down-changing can reduce rear locking. And when not on the clutch for downshifts, my left foot is stabilising my body on the footrest/dead pedal, which I feel is quite important.”

Someone who spends the majority of his time sideways, but not on gravel, is Australian drifting veteran, and former Drift Australia champion, Beau ‘The Show’ Yates.

“I really only do it when I’m celebrating – i.e. during a burnout. Having said that, it’s definitely a technique I believe could be of value to me in drifting, but training my brain is proving to be quiet difficult.”

A key figure in the Australian drifting scene for more than 15 years, 36-year-old Yates believes a lot of it comes down to personal preference.

“I personally think left-foot braking is great. But I have also been able to achieve great results in our sport without using it – except when warming tyres or dropping a big burnout.

“If I did use the technique, I would use it when chasing, and maintaining a consistent distance from the lead car, and also on a large-radius corner. Sometimes left-foot braking can help hold you out to the outer edge of the track for a longer period.

“I wouldn’t use it under heavy braking though, as I feel I have a much better sense of feel with my right foot over my left.”

In the end then, what should you do?

Atkinson suggests starting by getting a feel for the pressure required.

“Especially with an assisted pedal, it’s easy to press too hard in the beginning,” Atkinson warns.

“You’ll see the benefits more on a loose surface too, so go and do some rallying.”

Harry Bates believes left-foot braking is a good skill for anyone competing in motorsport to have, especially those looking at getting into rallying.

“Just start applying it from time to time in your daily driving and getting a feel for it. Once you adjust to the pedal pressure and the feel, you’ll be able to do it on command.”

Slade is more reflective, suggesting people do what feels comfortable for them.

“In a manual car with a synchro ‘box, you can’t really left-foot brake, as you need the clutch to change up and down gears.

“In a car with a dogbox or an automatic though, do what you want. But you should definitely right-foot brake in a road car to help stabilise your body – especially in the event of a frontal impact.”

And as for Beau Yates, a man who swaps his circa-700hp 2JZ-powered Toyota 86 drift car for a Toyota Hilux daily driver.

“I often drive around in my automatic Hilux trying to use my left foot to brake, to help build the skill set. But without even thinking, I revert back to right-foot braking. I guess it’s just more natural for me.”

So there you have it. Now you know precisely why you should absolutely learn how to left-foot brake, and why there’s probably very little reason for you to use it – on the street anyway.

Let us know in the comments section below.