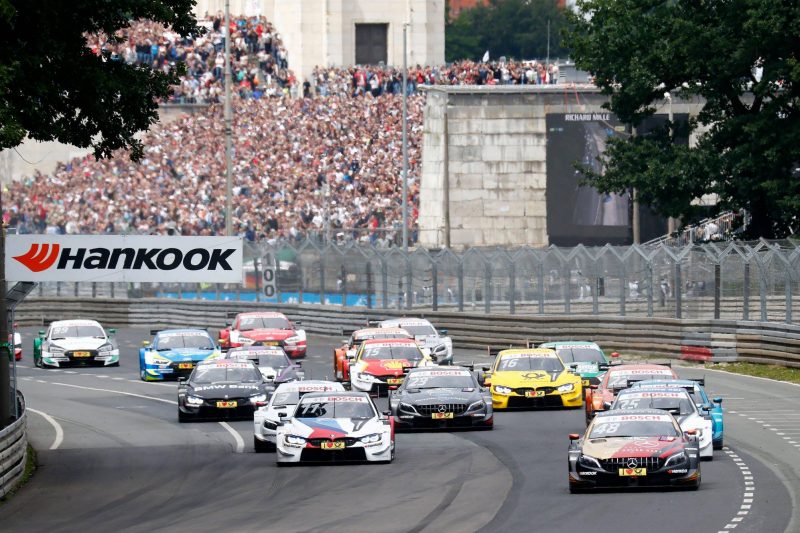 DTM and Super GT will adopt common regulations over the next two years pic: DTM Facebook

DTM and Super GT have confirmed a long-awaited move to common ‘Class 1’ regulations as well as two joint rounds as soon as next year.

The German series will adopt the regulations in 2019, including a move from V8s to four-cylinder turbo engines, and Super GT in the following season.

Discussions had been taking place since 2014 with agreement finally coming during Mercedes’ last year in DTM before it exits the German championship for Formula E.

The new regulations are based on “three pillars”, namely “safety, cost reduction and equal opportunities.”

Cars will feature a raft of common parts which will be manufactured in both Europe and Japan, and be built around the DTM carbon-fibre monocoque.

The two-litre turbocharged four-cylinder engines will put out around 620bhp, an increase of around 100bhp on the current units, making for claimed speeds of over 300km/h.

Aerodynamics at the front of the car will therefore be modified to increase brakes and engine cooling.

Super GT will, however, still feature slightly different regulations to cater for the longer races on the Japanese championship’s calendar.

Gerhard Berger, Chairman of the DTM parent company ITR, described the regulations as “A milestone for international motor racing.”

He added, “These regulations enable manufacturers and teams to participate in spectacular motor racing at reasonable costs on two continents – and thereby to reach many people.

“I would like to sincerely thank Bandoh-san and all of my colleagues who worked together on the new regulations.

“I am delighted that DTM and Super GT have come a great deal closer to their common goal of racing together in the future.”

Masaaki Bandoh, Chairman of Super GT parent GTA, said, “I would like to thank Mr Berger, DTM and Super GT manufacturers, and all concerned for your dedication to this project.

“As you can see from the great success of our show runs (demonstrations) done in both Germany and Japan last year, our collaboration has been further deepened.”

The common rounds planned for next year, one in Europe and another in Asia, will be run to a one-off Balance of Performance formula owing to the one-year lag in Super GT’s adoption of the Class 1 regulations.

They will feature the DTM format of two single-driver sprint races with a compulsory pit stop.

DTM continues this weekend at the Norisring, where Edoardo Mortara won the opening race in a Mercedes-AMG.