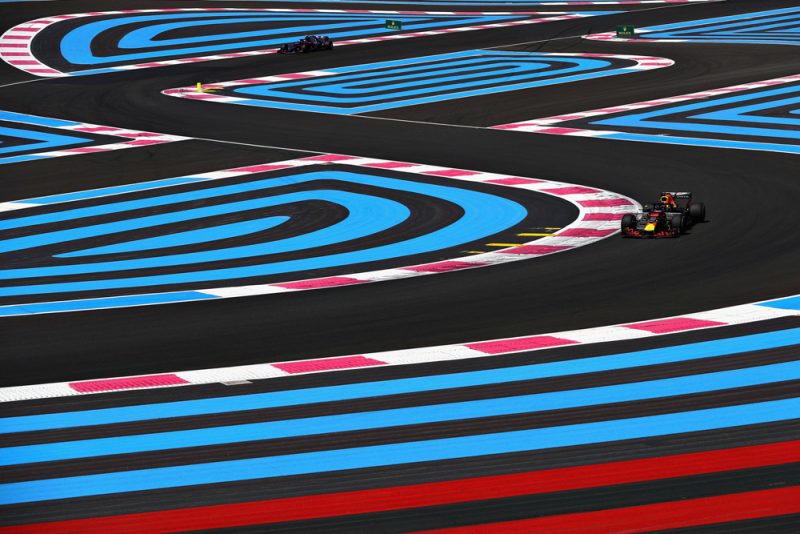 Drivers have voiced their desire to change the layout of the Paul Ricard circuit following the opening day’s running at the venue.

Making its return to the Formula 1 calendar for the first time in 28 years, the circuit now features a chicane midway down the Mistral Straight.

During the 1970s and the first half of the 1980s the circuit ran uninterrupted down the long back straight, before F1 used a shortened circuit following the testing accident which killed Elio de Angelis in 1986.

However drivers feel the chicane will detract from their ability to race, and have raised their concerns with the FIA during Friday night’s driver’s briefing.

“I don’t think it will happen for tomorrow, but I’ve tested and raced without the chicane.

“It makes things interesting because it’s less downforce with the long straight line, Turn 10 becomes more of a corner, and so does the last sector with less downforce.

“Maybe it’s a discussion point for next year. The good news is here there are plenty of options.”

His sentiments were echoed by Sergio Perez, who suggested the chicane limits passing opportunities, while Lewis Hamilton raised concerns over the venue’s multiple layout options.

The Mercedes driver suggested the large, painted run off areas it made it difficult to find reference points during the lap.

“There’s a lot of different lines you can take and it’s tricky to find reference points out on the track,” Hamilton said.

“It’s difficult to tell where you are. There’s a couple of places, for example on the back straight where you’re trying to find out where the corner is.”

Others, including Daniel Ricciardo, acknowledged the problem but suggested it went away once a driver had come to grips with the layout.

“It’s kind of open, you can get lost with all those blue and red lines, but the layout was more fun than I thought,” Ricciardo said.

“A lot of the corners are kind of blind,” added Hulkenberg. “You have so many different track layouts and all these colours alongside the track.

“But after a couple of laps you are getting it.”

The FIA has already made changes to pit lane, reducing the speed limit from 80km/h to 60km/h.

No changes can be made to the venue for this weekend’s race, as the existing layout has been homologated.

Future changes, such as the removal of the chicane in the middle of the Mistral Straight, would require the FIA to analyse the impact that has to the run off area at Turn 6.

Final practice and qualifying for the French Grand Prix take place on Saturday, qualifying due to begin at midnight AEST.