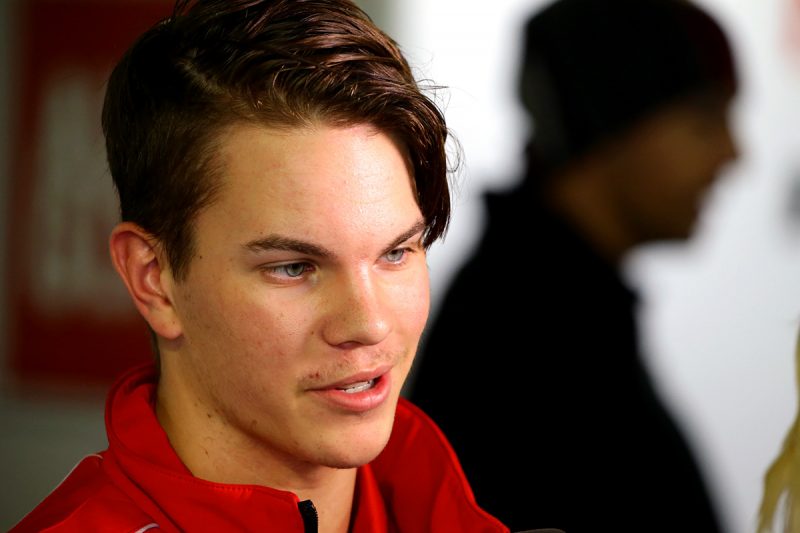 Alex Rullo is already laying the foundations for his 2019 campaign as he looks to build on a competitive return to the Super2 Series.

After a tough year in the main game with Lucas Dumbrell Motorsport last season, the West Australian rejoined MW Motorsport for 2018.

The 18-year-old has already tasted victory with his new team, winning on home soil at Barbagallo last month.

Alongside his Super2 efforts, Rullo is also eyeing potential wildcard opportunities this year, and is open to a main game return next season should the right opportunity arise.

“I think the competitive nature of the series this year has shown that a lot of the front runners this year are capable of being in the main game.

“If that opportunity arose, then for sure we’d be looking to that, but after last year and not having plans fully in place for the end of the year sort of caught us out.

“So we’re trying to get on top of that for next year and be organised early.”

Two wildcard opportunities remain this season, at Queensland Raceway and The Bend Motorsport Park, and would provide an opportunity to get another main game start under his belt before his Pirtek Enduro Cup commitments with Simona de Silvestro at Nissan Motorsport.

“That’s definitely sitting in the back of my mind,” he confessed.

“If we can cue that up, we’ll definitely go for it.

“If not then, that’s okay, there’s still of plenty of seat time and obviously the main game race would be good to do as a wildcard.

“It’s just sort of raising funds at the moment and it gets pretty harder when now you’re doing that for wildcards and Super2 series, and trying to raise funds for next year as well,” he continued.

“So you’ve got to pick the best of the three and at the moment we’re working towards next year rather than focusing on the wildcard this year.

“Obviously that’s the hard part of motorsport, and in any sort of business.

“It definitely isn’t easy, but if it’s doable, then for sure we’ll take the opportunity with both hands.”

The teenager is looking forward to joinging de Silvestro for the Pirtek Enduro Cup, a prospect he’s enthused by given the squad’s recent upturn in fortunes.

“Obviously it creates a bit of optimism heading in to the enduro season,” Rullo reasoned.

“I think they’re definitely on the right track, and it doesn’t look like they’re going to stop anytime soon.

“It’s really promising for me heading into enduros and knowing that all four Nissans are really good cars at the moment. I’m just really excited.”

Rullo was scheduled to test de Silvestro’s car during a test day at Winton earlier this month, though problems in his own car and a busy program saw that outing scrapped.

He will however step into the car at Queensland Raceway for the co-driver session before the serious business begins at Sandown.

“It would have been good to hop in (at Winton) and get around on soft tyres again,” he explained.

“I think I adapted pretty well at the last session, so I don’t think that will be an issue. I’m just looking forward to getting back in.”

Rullo currently sits seventh in the standings having finished in the top 10 in the last five consecutive races.

The Dunlop Super2 Series is next in action at the Watpac Townsville 400 on July 6-8.