Ricciardo: Contract discussions will ramp up this week

Ricciardo: Contract discussions will ramp up this week 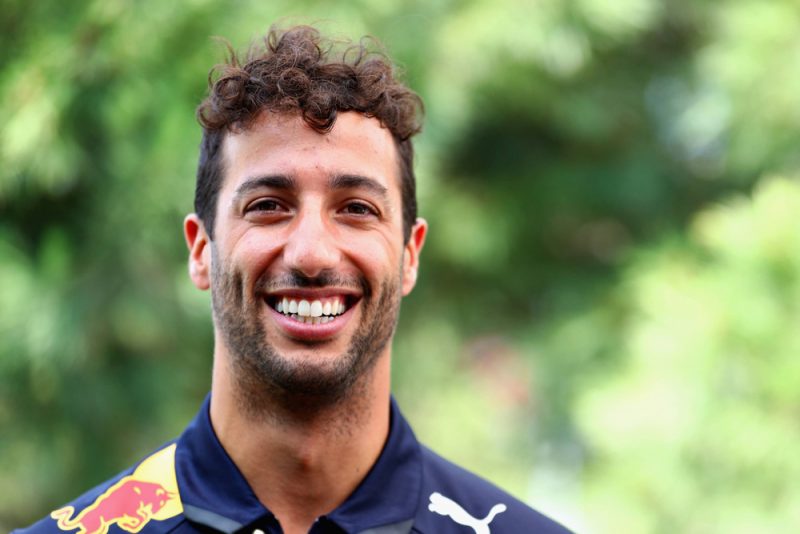 Daniel Ricciardo has revealed discussions regarding a new Formula 1 contract will ramp up this week.

Out of contract with Red Bull at the end of the season, the race winning Australian has become the key in this season’s driver market.

With interest from a number of leading teams, he’s been in no rush to lock down his future, but speaking ahead of this weekend’s French Grand Prix admitted that things will step up a gear this week.

“I haven’t been pushed yet, but I would say that there will be some movement in the next week,” Ricciardo revealed.

“Whether that is something that gets put down on paper… for sure the discussions will start to ramp up in the next few days.”

In recent days Renault and McLaren have been touted as possible new berths for the Aussie, with the latter reported to have tabled a hefty offer.

That follows links to both Ferrari and Mercedes, along with simply remaining with Red Bull, which this week confirmed it will switch to Honda engines for 2019.

“It was something I was in a way already trying to prepare for or calculate in my mind,” Ricciardo said of the Honda deal.

“Just going to try and understand a little bit more about it now that it’s definitely happening, and just to try and keep putting the pieces together (to determine) if it’s a good move.

“There’s certainty a lot of pros. Just trying to add it all up, really, in my mind.”

“I’ll be honest, obviously, everyone’s talking about Mercedes and Ferrari for potential places for me to go, but I’m aware that there’s obviously going to be interest from other teams, and I guess McLaren is probably one of them,” he added.

“Probably depends as well on what Fernando (Alonso) does, if he stays, if he goes. If he does go, then I guess, yeah, they’d probably want someone, a more experienced driver to come in.

“I guess we’ll see. There’s a lot of things to weigh up right now.

“It would be nice to go on the summer break knowing what I am doing,” he added.

“For sure the priority is to get a car to win the world title, because I really believe I can.

“I am slightly careful because it is easy to think the grass is greener and maybe it is, but I also have it pretty good where I am.

“People like a change but just to make change for the sake of making a change is not enough for me.

“I need to find some substance behind it to jump ship.”

The prospect of building a team around him, as Lewis Hamilton did when he joined Mercedes, is also an appealing prospect for Ricciardo.

“I’m not going to say ‘no, it doesn’t interest me at all’,” Ricciardo admitted when asked about McLaren’s reported approach.

“Probably more ’cause (of) what Lewis was able to do with Mercedes.

“And I know that, if you’re saying those two teams (McLaren and Renault), they’re not quite in that position yet, but could they be? Maybe.

“The thought of that, it has some appeal. I wouldn’t say it’s probably top of my list right now, but I wouldn’t dismiss it, also.

“Obviously McLaren and Renault aren’t there (winning races) today, but maybe they will be there in a year or three years’ time.

“Lewis pulled the trigger pretty well. Whether he fluked it – he says that he really knew it was going to happen, I don’t know.

“Obviously he’s done well for himself with that move. So, whether it’s just a fantasy for everyone else, I don’t know, but at least there’s a little bit of proof that something like that could potentially happen again.”