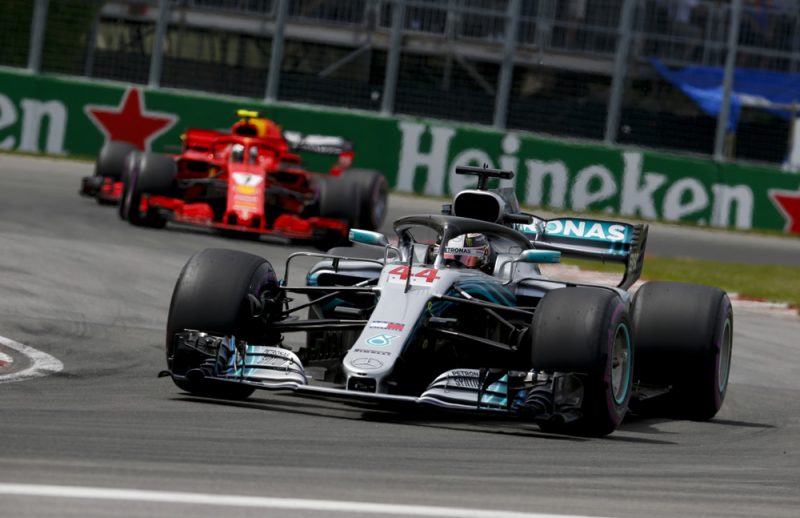 Mercedes drivers are still hoping they will receive an engine for this weekend’s French Grand Prix despite no confirmation the unit is ready.

Originally scheduled for introduction at the Canadian Grand Prix, reliability concerns during dyno testing forced the Anglo-German squad to delay its appearance.

It was hoped that the new power units would be ready for all six Mercedes-powered cars at Paul Ricard, though that is now uncertain.

Should the engine not get the go ahead this weekend it would mean Lewis Hamilton could be forced to take another current-spec engine.

It would prove a blow to the Englishman as he would need to use that engine, rather than a newer spec version, in seven races during the season.

Drivers are allowed just three engines during the 21 race 2018 season.

Such a scenario would likely force Mercedes to juggle power units in Hamilton’s car, with the newer engine saved for power circuits such as Monza and the current spec version used where power is less critical.

“At the moment, I don’t know,” admitted Hamilton when asked about how his team would deal with the scenario.

“I think I might have one of my new engines out of my three, which is good enough. The engine that we’ve used for the first seven races has been a great engine.

“A fresher, newer version of that is going to be great, and have more power than the one I raced in the last race, obviously.

“I think tomorrow or the next couple of days we might have a better understanding of where we stand with that.”

Hamilton’s team-mate Valtteri Bottas is in the same situation, needing a new engine but not knowing which spec he’ll get.

“For sure we need to take some kind of new engine,” Bottas admitted.

“This one is seven races old, and we are very much wanting to run the new one, but this we need to confirm tomorrow if we can or not. We will let you know tomorrow by the end of the day.

“I think this season is extremely close between three teams now, jut a little bit varying between race weekends, but any gain we can get – including a new engine – will be very important if we want to win the title.

“We all hope we can get the new one. At the moment that is our plan but we just need to confirm.

“I trust that things are being improved since two weeks ago with the new engine. If we decide to run it, for sure we are confident to run it 100 percent.”

Mercedes currently tops the constructors’ championship by 17 points over Ferrari, with Hamilton trailing Sebastian Vettel by a single point in the drivers’ title fight.