WAU waiting on ‘big ticket items’ before committing to test

WAU waiting on ‘big ticket items’ before committing to test 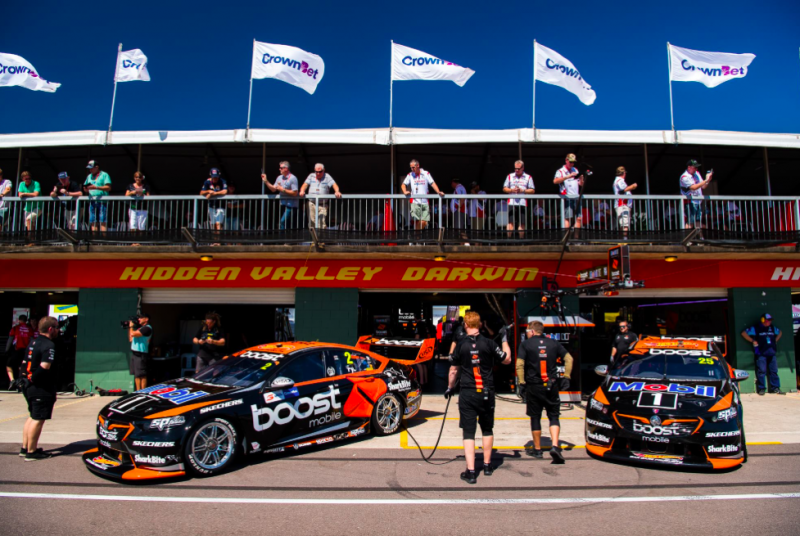 Mobil 1 Boost Mobile Racing is not expected to conduct its first in-season test until August once its big ticket upgrades are ready to be analysed.

The Clayton squad is among four teams yet to take up the second of its allocated test days to be used during the season, as it prefers to make the most of its limited testing opportunities.

Under the guise of Walkinshaw Andretti United, the team has enjoyed a much more successful start to the season compared to last year, lying third in the pecking order.

Drivers Scott Pye and James Courtney both occupy top 10 spots in the championship standings with the former sixth and the latter 10th.

The pair have shared four podiums with Pye scoring a breakthrough victory at Albert Park in March.

Last weekend, the team endured a mixed weekend with Pye scoring the only top 10 with a fourth in Race 15.

While happy with the progress made, general manager Mathew Nilsson says there is plenty of work being carried out on engine and chassis upgrades that are not expected to come online for at least a couple of months.

The developments are the reason for the squad’s decision to test later in the year.

“We didn’t want to rush into a test without having the right things at our disposal for a test day because they’re so limited,” Nilsson told Speedcafe.com.

“It’s the normal story really, you just chose your days when you’ve got the arsenal to work through. We’re still using race meetings, for learning the car.

“We spent that break focusing on coming up with that list of parts and pieces when we do decide to test.

“As we’ve spoken before there’s always upgrades going on.

“Obviously, the bigger ticket items that you require quantification and you want to go through a process of learning before you commit to it, is what you save for the test days.

“That’s what we’re focussing on.

“A little bit later in the year, possibly around the August time is our next opportunity (to test).”

“Obviously we’re just getting into all of the design and bits and pieces like everyone does in breaks.

“We’ll continue to work through that, we’ve got some targets but nothing confirmed at this stage.”

The squad will now prepare for the Watpac Townsville 400 which has proved to be a happy hunting ground in the past, following podium finishes at all previous events at the venue except last season.